There’s an old legal maxim which says “Justice delayed is justice denied.” The phrase has been attributed to William E. Gladstone who was Prime Minister of the UK for 12 years spread over four terms in the mid to late 19th century.

Yesterday the Criminal Justice Branch (CJB) issued a media release saying there would be no charges against a member of the RCMP resulting from an in-custody death that resulted from an incident on February 14th, 2015. The man died in hospital on February 21st, 2015. I shook my head and read it again. Could it really have taken nearly three years to reach a conclusion in the case?

What could possibly be so complicated that it would take that long for a process to determine what happened?

Jacobus Jonker, 53, was arrested by Smithers RCMP resulting from a domestic dispute. His daughter called 9-1-1 saying her father was drunk, holding a knife and was “really aggressive.” She remained on the line with the dispatcher reporting that he had gone to his gun safe and taken out a shotgun, that he may be suicidal and was concerned he would shoot her.

When the responding officer arrived, later to be the so-called subject officer, Jonker was standing in the door. The officer called for him to walk towards him. He did with his hand in his coat pocket saying “shoot me.” While he was aggressive and non-compliant, the officer managed to take him into custody without using lethal force, using OC or pepper spray. Good job I say.

At the detachment, the next chapter in the arrest unfolded in the cells. Jonker became aggressive and attacked the officer’s supervisor who had joined him in cells to assist with the booking along with the jail guard. He tried to reach for the supervisor’s gun and then lunged at him physically. He was grabbed essentially in a headlock by the arresting officer and taken to the ground where a ground fight ensued while the supervisor tried to get handcuffs on the man and the guard tried to control his legs. Oh, and I should mention Jonker weighed 288 lbs. and neither officer topped 190.

He was a rugby player and coached the sport at the local high school. Suffice to say he was a physical challenge for the officers.

During the ground fight Jonker went limp, the officers flipped him over and observed he wasn’t breathing. They immediately began CPR and called EHS. Jonker was airlifted to Victoria where he died in hospital a week later.

Now, I should add that ground fighting is part of every police officer’s training. In the RCMP members are in the gym wearing judo gi’s. They sit back to back on the floor mat and on the instructor’s call, begin fighting, using any method, trick or tactic to get the other guy to tap out. There are no rules to ground fighting, save and except to get control. The object is to win, to survive. Cops don’t start fights, but their very life depends on their ability to finish them.

It’s tragic that Jonker died. It’s equally tragic this member had the Independent Investigations Office (IIO) investigation and possible criminal charges hanging over his head for as long as this. 34 months from the date of the incident to the day CJB finally issued a statement saying he would not be charged with manslaughter or criminal negligence causing death.

I should also add there was no mystery in any of this. There was a CCTV video system in operation in the detachment cell area and virtually all of the confrontation was captured and available for analysis.

Two police use of force experts were called in by the IIO, one with the RCMP but a different detachment and the other from the Calgary Police Service. Both said the use of force was appropriate and consistent with their training.

What could possibly take 34 months – nearly three years – to determine that this officer was simply doing his job? Jonker got “horribly drunk” as stated by his wife. He was aggressive and violent as indicated by his daughter in her 9-1-1 call and the fact the family had to flee the house. He was uncooperative and aggressive in the cells. He tried to take the supervisor’s gun and attacked that officer. He was pulled off of him by the subject officer and taken to the floor where to control the big man there was a ground fight the likes of which occurs in every jurisdiction in this country on a daily basis. I wish I could say it’s unusual, but it’s not.

In most of these incidents police are able to gain control of the suspect. But, sometimes bad things happen and occasionally people die as a result. But it is always the result of their own choices. The choice to use drugs, alcohol, use violence against the police, being fat are the usual contributing factors. That’s reality.

But there’s nothing complicated in any of this. What could possibly have taken 34 months for the IIO to submit a report to crown and crown to review to determine this officer did his job in accordance with the law and with his training?

Why keep the family of the deceased and the officer and his family hanging for so long? It is unprofessional and reeks of incompetence or worse, a fruitless effort to find something, anything, with which to charge a police officer.

A court victory for common sense 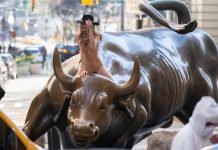 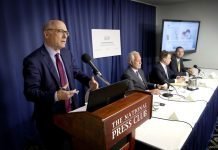 Boy Scouts have a ‘pedophile epidemic’ 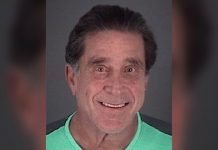 Florida mayor opens fire on cops as they raid his home