O, hypocrisy, thy name is Justice. Or at least it should be.

In the same week, and very nearly on the same day, three different arms of what passes for justice in this disturbed Dominion made decisions which are as hypocritical as they are mired in either political correctness run amok or systemic corruption. You pick.
The first and perhaps most offensive is the decision of the BC Supreme Court issued yesterday saying that Crown prosecutors are protected from testifying about their decision to allow bail to an actual killer and that they weren’t protected in testifying about why they decided not to lay charges in the case of an aboriginal man, Frank Paul, who died of exposure after being released from the Vancouver Police drunk tank.
Unbelievable. What kind of leaps in mental gymnastics must Mr. Justice Thomas Melnick have made to arrive at this conclusion? To paraphrase a rather unfortunate MP who chose a curious way of pointing out a hypocritical cabinet minister, the judge can’t suck and blow at the same time.
This is a simple question: Are members the Crown Prosecutor’s office compellable as witnesses to explain their decisions or are they not?
Mr. Justice Melnick seems to have decided that if the potential accused is a police officer, or as in this case, two, they are compellable. But if the individual is a wife beating lunatic who is released on bail when any sane system would have opposed bail, who then goes on to kill his whole family, well, then they aren’t compellable. Presumably because they might have to actually explain why the justice system in this country is an absolute failure.
Or has political correctness reared its ugly head? Frank Paul was an aboriginal man and the family slaughter was committed by a man who was ethnically Chinese. Or is Mr. Justice Melnick simply prejudiced against the police? Either is a possibility for I cannot see any legal justification for making Crown compellable in one case but not another.
And then there is Mr. Justice Max Teitelbaum, a retired judge of the Federal Court who is still working. He has found a way to ignore the incredibly obvious.
He actually struck down a finding by Mr. justice John Gomery following his well-publicized inquiry into the Liberal Party of Canada diverting advertising funds into the hands of their friends in business and laundering a portion of those funds back into their own coffers by way of donations.
You can spell corruption any way you want, but the rotting fish still stinks from the head first. Gomery merely stated the obvious. Adscam was only a piece of it. What about the Billion Dollar Boondoggle. (Actually nearly four billion but why quibble over a name?) Project Sidewinder and the subsequent whitewash to protect the Liberal pals in China. Someone remind me, where is Maurice Strong living now after he got caught with his hand in the Oil for Food scandal? Oh yeah, right, he found sanctuary in the People’s Republic of China. Oh and that’s long before we talk about Chretien’s chief Quebec Lieutenant, the disgraced former Minister of Public Works Alfonso Gagliano.
Welcome to the political toilet that masquerades as a proper Western democracy.
And just for laughs there is the story about the two lesbians who appeared drunk and were definitely obnoxious who showed up at the appearance of comedian Guy Earle. They disrupted his performance in a drunken, obnoxious manner and so, being a stand-up comedian, Earle engaged them head on.
What did he get for his trouble? The hate-seeking misses went directly to the BC Human Right folks to say they were offended. Well, boo-hoo! You can’t start something then be offended. Or more accurately, you can’t start a battle of wits when you are unarmed then whine because you were beaten.
And the BC Human Rights hand-wringers are actually taking the complaint which is going to cost Earle big bucks to defend himself and what about the obnoxious lesbians? Not a farthing. Nope, the good taxpayer of BC will fork over all of the cost for their right to be obnoxious and disturb everyone around them and not be held to account.
That offends me. 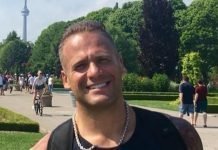 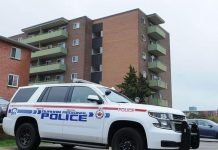