Prime Time Crime
Friday, December 2, 2022
Home Crime & Punishment Is the Chief Justice afraid of change?
It was interesting to see the Chief Justice of the Supreme Court of Canada trying to cling on the last vestige of Liberal domination on the Canadian political scene by chiding Prime Minister Designate Stephen Harper not to “politicize” the appointing of a new Justice to the top court.

It is hard to imagine the process being any more political given the appointment is at the sole discretion of the Prime Minister. And, as evidenced by more than a decade of very liberal Liberal appointees, the PM will appoint someone who has a similar vision to that of the person doing the appointing.

Madame Justice Beverly McLachlin seems to think that the status quo is just ducky and is evidently afraid that Harper will appoint someone who doesn’t share their soft on crime view of the country.

Let’s be realistic, the decisions of the SCOC are the reason crime is running rampant across this country. A couple of cases readily come to mind like R v Feeney and R v Stintchcombe. These are glaring examples where the SCOC came to conclusions that have not only defied the logic of the average person, but dramatically hampered the prosecution of criminals and altered forever the ability of the police to do their job.

In her “advice” to Harper, Madam Justice McLachlin said, “And I think in order to preserve the public confidence in the impartiality of the courts, we should avoid politicizing it,” McLachlin said.

Well that’s certianly interesting. Does the learned judge actually believe that Canadians have any confidence in the impartiality of the courts?

I think not. Canadians perceive that the court system is designed to do everything to protect the rights of the accused and does precious little to protect society and the victims of crime. That is hardly a perception of “public confidence.”

Stephen Harper has long been an avocate for change in the way judicial appointments are made in this country. He has spoken out in favour of de-politicizing the process and making appointees subject to the scrutiny of Parliament. Whether some form of scrutinizing committee of MPs will work or not is another discussion especially when you look at the Alito hearings in the US Senate these last few weeks. But at least Harper is talking about change. Which is more than can be said about the Chief Justice. 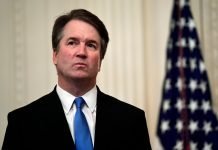