Prime Time Crime
Monday, November 28, 2022
Home Crime & Punishment Irresponsible media hamper police investigation
The media attention on the kidnapping case of a young Vancouver man has been like nothing I’ve ever seen in this type of case. It may also have harmed the police investigation and made it much more difficult for the police to bring about a safe, successful resolution.

Late Tuesday morning, Graham McMynn, 23, a UBC student, was snatched off a street in broad daylight by armed Asian gunmen, leaving his distraught girlfriend screaming for help on the street. By early afternoon CTV news had a microwave truck positioned outside the McMynn home. A news crew from Global was on the scene as well, but they chose to be much more discreet.

In short order radio station CKNW were broadcasting news of the kidnapping, admittedly with few details.

Police asked that the media sit on the story knowing full-well that in kidnapping cases their ability to control the information known to those responsible is critical.

That evening, the debate raged in newsrooms throughout Vancouver, whether to go with the story or not. Responsible newsrooms like BCTV on Global, CBC and The Province made the right decision.

CITY TV decided not to go with the story on their six o’clock broadcast, but had a reporter ready to do a “live hit” if the other stations went with it. CTV ignored the pleas from the police and led with the story so CITY did their live hit ten minutes into the newscast.

With the actions of CTV, the damage was done. The next day all the other media outlets were in overdrive with coverage of the scant details and clamouring for more. That afternoon, VPD held a press conference to try and quell the coverage

Two days later with coverage of the story now abounding, the family put out an emotional plea to encourage the kidnappers to make contact. It appears as though the barrage of media coverage gave them cold feet.

How this will end up is anyone’s guess. The Vancouver police are throwing every possible resource at the investigation. But without contact from the kidnappers their ability to negotiate a settlement is severely hampered.

While I don’t know the motives for this kidnapping, it has all the hallmarks of a kidnapping for ransom case. Indeed, elements of Asian organized crime use kidnapping of wealthy people as a significant revenue source in their day-to-day illicit activities. Most you never hear about, or you hear about after the fact, when the case has been successfully concluded.

Typically, the gangsters contact the family of the victim in short order making a ransom demand and tell them not to involve the police. Equally, the police use a media blackout to reinforce the idea that the kidnappers and the family are negotiating a “business transaction.”

It seems highly likely that the broadcast media coverage of this event has derailed the plans, however misguided, of the kidnappers. One can only hope that tragedy will not be the result.

London Bridge terrorist was banned from London but given exemption Friday 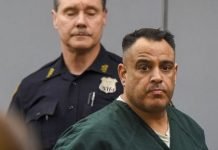 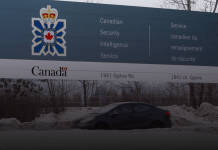 CSIS warns foreign investment by ‘state-owned enterprises’ is a threat to... 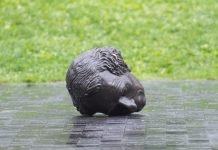 John A. MacDonald loses his head as protesters tear down statue