Prime Time Crime
Friday, December 2, 2022
Home Crime & Punishment Irony apparently lost on lawyer
Regular Hells Angel lawyer Greg DelBigio is really stretching the bounds of credulity with his latest argument in defense of Ronaldo Lising.
Lising’s latest arrest came in the Mountie’s Project EPandora. DelBigio has been doing his level best to get the charges against his client tossed. And fair enough, that’s his job. But, the irony of his latest tack seems lost on him.

Lising, incidently, is currently serving time for his conspiracy conviction arising out of VPD’s Project Nova back in the mid – 90’s. He was sentenced back in 2001 for his role in that case and fought his conviction and sentencing at every step until he finally ran out of legal options and had to go to jail.

It was while he was out on bail going thorough his legal gymnastics that he got caught up in EPandora. And now we hear DelBigio trying to get the charges tossed because he claims an agent used by the RCMP put the public in danger. The agent, Michael Plante, infiltrated the Hells Angels and in doing so had to commit crimes.
In closing arguments, DelBigio said, “The police were under a duty to ensure that the community was not endangered through Michael Plante’s actions and yet the community was in danger.”
Come on Greg. Are you serious? The agent has to commit crimes to get cosy with your client and his pals. What, pray tell, does that suggest about your clients?
The phrase “in defense of the indefensible” comes to mind.

Intoxicated male dies in Whistler after being pepper-sprayed, tasered by police 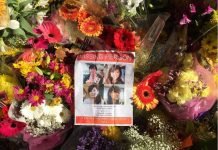 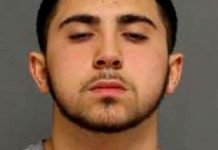 Man stopped for no bicycle helmet wanted for Toronto murder

The IIO is struggling to be relevant