In his opinion piece https://vancouversun.com/opinion/matthew-nathanson-complaint-against-vancouver-mayor-for-acknowledging-systemic-racism-exists-is-a-farce  in The Sun on June 18th, Matthew Nathanson writes:

“The existence of systemic racism is a fact. And if you have any doubt about its presence in policing, keep in mind that the national head of the RCMP and the president of the Canadian Association of Chiefs of Police, among many others, have accepted that as truth. But Canning apparently knows better. Which means leading police officials from across the country are part of a nefarious disinformation campaign to discredit themselves?”

There used to be a lot of systemic racism here.  You could see it clearly.  It was as obvious as it was deliberate.  The Oriental Exclusion Act.  Asians not being allowed to vote.  The Komagata Maru incident.  At one time a scheme existed in the British Properties where property owners included a clause in any sales agreement that the purchaser undertook never to sell the property to a Chinese buyer.  Drive around the British Properties now and look at the demographics.  The Chinese have long understood that embracing victimhood in perpetuity is a loser’s game and the best revenge is living well.

All of this was a long time ago.  Is there still systemic racism?  Certainly, and it’s just as obvious now as it was then.  Affirmative Action laws that mandate race-based hiring and promotion.  Admission policies at Harvard and Yales that discriminate against Asians.  The Aboriginal Sentencing Discount.  All based upon skin color and no matter what liberals tell you, there’s just no such thing as good racism.

Systemic racism in the Vancouver Police Department is simply a buzzword.   A construct of activists to create the illusion of a problem in order to be seen to solve it.  This involves having their consultant friends in the Race Industry shake the city down for a small fortune in training programs.  No one, including Mr. Nathanson, has offered a shred of evidence to back these claims.  They simply tell us that ‘it’s a fact’ so shut up and comply.

Merely questioning ‘systemic racism’ or its’ equally divisive cousin, Critical Race Theory, gets you labelled racist and banished.  The Left brooks no dissent and takes no prisoners.  The Commissioner initially denied the existence of systemic racism in the RCMP but recanted a day or so later after a quick trip to ‘Re-Education’ camp.  Sadly, a number of other Chiefs, bullied in similar fashion, sold out their troops to keep their jobs.  Fortunately, Chief Adam Palmer, in a major display of integrity and courage, refused and stood up to the mob which is just one of many reasons he enjoys an unprecedented level of support by all members of the VPD, active and retired.

The Mayor expressed the wish that the VPD be brought under the direct control of the City rather than an independent board, no doubt so he could fire the Chief.  It’s long been a tradition in Commonwealth countries that the police are kept at arm’s-length from politicians with very good reason and this is a classic example.  Of the 14 Chief Constables Vancouver has had since 1886 I served under 8.  I’m not that old, they just lasted longer in the old days.  I was also the press spokesman under two.  Some were excellent, others not so much, but the worst were those who tried to curry favor with politicians.  It’s never a good thing.  As the old saying goes, ‘there’s no free lunch’ and sooner or later the note comes due.

The examples Mr. Nathanson cites are no more than the result of living in a large multicultural city.  In fact, there is absolutely no evidence in any of the 3 that race played a part in what happened.  Police Officers don’t get to pick the calls they’re sent to or the people they end up dealing with.  When I worked the Downtown East Side we approached everyone we dealt with in a casual low-key manner regardless of race unless things called for immediate physical intervention.  We explained the situation to them, told them what we required, and what happened after that was entirely up to them.  White people get stopped in Vancouver every day because they are in a certain area and match a suspect’s description and they’re often handcuffed until the matter is sorted out.  None of that, of course, makes the news.

In each case the police apologized to the people involved.  Judge Romilly got apologies from the cops at the scene, their NCO, the Duty Officer, and the Chief.  He’d probably be happy if he never hears the words ‘I’m sorry’ again.   Hardly the hallmarks of an organization awash in ‘systemic racism’.  Media commentators hung their hats on the fact that Judge Romilly is in his 80s while the 911 caller described the mental case as being in his 40s.  As Mr. Nathanson well knows, 5 different witnesses will give you 5 different versions and 5 different descriptions and Judge Romilly (who I’ve appeared before in the past and is a perfect gentleman) certainly doesn’t look in his 80s.  There is also the demographic issue (Blacks make up 1% of Vancouver’s population).  The law of averages dictates that the officers had a responsibility to check him out.

The Mayor’s recent comments and similar sentiments from politicians across North America have created a toxic environment for cops on the street.  They are leaving the job in record numbers and applications are dropping like a stone.  The Mayor also jumped on the Defund The Police bandwagon and Chief Palmer stood up to him on that issue and rightfully so.  Ask those who live in U.S. cities where the police have been defunded.  It hasn’t quite worked out the way they thought it would.  With shootings, murders, and hold-ups through the roof, they’re now seeing it for the con it was and they want their cops back.

Finally, Mr. Nathanson refers to the “over policing of racial minorities”.  I would invite readers to see it for themselves.  Take a walk down the 100 East Hastings (if you dare) and tell me how ‘over-policed’ it looks to you.

Sgt. Canning had every right to make the complaint he did, particularly in his capacity as a member of the Vancouver Police Union executive which exists to protect the interests of its members and does an incredibly good job of it.  If it does nothing more than let the public know that there’s a whole other side to this story then it’s done its job.

The Vancouver Police Department is one of the most progressive and racially diverse law enforcement agencies in North America today.  I’m very proud of the 32 years I served there, the work we did, and the people I served with.

Bob Cooper is a retired Vancouver police officer who served in a patrol, traffic, media relations and homicide. 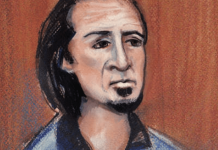 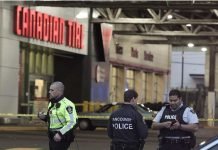 The OPP investigation into the RCMP has ramped up