Prime Time Crime
Wednesday, July 6, 2022
Home Crime & Punishment In a world gone mad
As I watched events unfold in the UK this past week, I couldn’t shake the feeling the world has truly gone mad.

In Gleneagles at the G8 conference, events pretty much unfolded as predicted in last week’s entry. The anarchists, waited for what they perceived as the right time and attacked the police lines.

The police, ready as ever, repelled the assault and made a couple of hundred arrests over the course of three days.

The media consistently referred to the anarchists and mayhem-makers as ‘protesters.’ They are nothing of the kind. Sir Bob Geldof called for a day of protest. Many thousands answered the call, lending their voice and their presence in support for the cause. They are protestors.

People who hide behind balaclavas, armed with tire irons, bottles, rocks and petrol bombs are not protestors. They are thugs and need to be treated as such, especially by the media who seem to think they are the victims.

As it was all unfolding according to script, the unthinkable happened in London. A series of bomb blasts turned the city into absolute chaos, shutting down the transit system and leaving 55 dead and hundreds wounded.

The world was horrified. Well, except for the followers of radical Islam and quite likely the anarchists who were arrested in the violence at Gleneagles. They of course will blame Tony Blair for blindly following Bush into Iraq and whatever other nonsense their moribund brains come up with.

There seems little doubt that al Qaeda factions were responsible. There is also little doubt the blasts were designed to cause maximum terror and maximum commotion especially when the bulk of the country’s security apparatus was busy in Gleneagles with the G8.

This type of attack may be all that’s left to them. In the post 9/11 world, security, especially on the North American continent has been substantially improved. What Mohammed Atta and his cohorts were able to achieve that horrible day is very unlikely, if not impossible in today’s world.

US and coalition forces as well as security forces from around the world have captured or killed many of the leaders of al Qaeda. The primary battle front in the War on Terror is in Iraq. But that doesn’t mean the enemy has no ability to bring the fight to other countries. The events of this week clearly show that the enemy, though wounded, is still very, very dangerous to Western civilization.

We, in the west, including Canada, are at war. We have been since the fall of 2001. The enemy are the believers in radical Islam. They can attack anywhere, anytime. And they will remain dangerous until they either give up, which is unlikely, or are eradicated as a threat.
For some reason our politicians seem to think that same sex marriage was the most important issue facing the country this summer. And they have managed to lead the lapdog media into believing that too. To accept that, as they have done, shows how delusional they really are in this mad world.
We in Canada, have yet to experience a terror attack on our shores. But it will happen sooner or later. That seems as inevitable as the sun coming up tomorrow or Paul Martin lying to suit his position of the day.
Martin and his Liberals are governing during a time of war. The first and primary duty of any government is to protect its citizenry. We have seen no sign of that from them as they chirp and harp about the right of gay people to marry.
If governing is all about priorities, in this world gone mad, it is hard to believe – nay, conceive even – that our government cannot see the how badly they are failing in their duty.
Leo Knight
[email protected]
Share on Facebook Share
Share on Twitter Tweet
Share on Google Plus Share
Share on Pinterest Share
Share on Reddit Share
Read Full Article 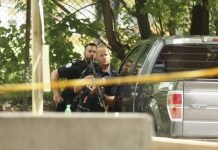 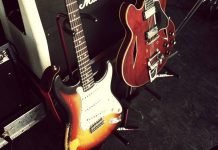