Police are often called to do things that are remarkable and courageous. Mostly it goes unnoticed and unrecognized.

In the wee hours of the morning on May 31st, a homeless man was camped out on the banks of the Fraser River in Maple Ridge, BC. He heard a loud engine roar and then saw a man in the water. He assumed it was a jet ski accident and went to a nearby 7-11 to call police.

Members of the Ridge Meadows Detachment responded to the call near Port Haney. They picked up the complainant and took him to the river to show them where he had seen the man.

The RCMP officers saw a man partially submerged just offshore. They tried to form a human chain to get the man but couldn’t quite reach him. One member,  with a little over 5 years service, took off his duty gear and waded into the rushing river. He managed to get to the man and got him to shore. The man wasn’t breathing and the officers called for paramedics and began CPR. Unfortunately, their efforts and those of responding paramedics were not successful.

The officers returned to the detachment and completed their reports and went off duty at 7 a.m. But their night was not over.

The watch commander did as he was required and notified the IIO. At 9 a.m. the off duty members were called back to the detachment and told that their actions would be the subject of an IIO investigation. They were told to copy their notes and surrender their uniforms and kit by detachment investigators apparently under instruction by the IIO who took care and control of the body for autopsy.

The IIO has yet to officially assert jurisdiction in the matter, but are interviewing witness officers and as I write this, the members involved will be interviewed by IIO investigators today.

Now, I don’t know where this will end up, but, as I wrote in this space two weeks ago in two other matters where the IIO asserted jurisdiction in cases where police performed CPR on two people in medical distress, this is nuts.

The IIO was set up to be civilian oversight for police in use of force incidents. How or why the IIO seems to think they should be involved in incidents like this is beyond me. They simply should have read the watch commander’s report and said this doesn’t concern us. But they didn’t.

The officers involved were heroic. Whatever caused this man to be in the water at that time of night is under investigation by Ridge Meadows RCMP as it would be for any sudden death investigation. Why the IIO would insert themselves into this situation is flat out mystifying. The officers don’t deserve the stress of what they’re about to go through. They should get medals.

Ridge Meadows RCMP publicly aren’t commenting. They did confirm a fatality to me when I called but said they would not be issuing a press release, presumably because the IIO have control of the investigation and they insist any public comment must come from them.

Being a cop is a tough job. It’s made even tougher by the IIO for no good reason. This appears to be nothing more than the IIO trying to justify their existence.

My guess is that they will come to the inevitable conclusion that the members did nothing wrong and they will release jurisdiction. But seriously, why are they wasting their time and putting these officers through the stress of interviews, having their uniforms seized and all that goes with it?

I’ve said it before and I will say it again, the IIO as it is constituted, is fatally flawed and an enemy of police. This is yet another example. 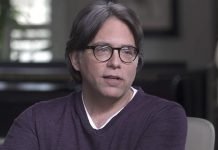 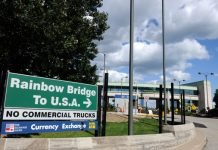 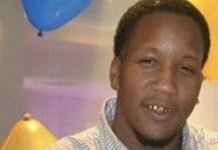 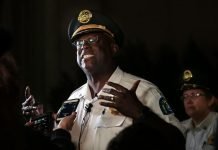