Sorry for the lack of updates these past few weeks. I took some time to get out of the Vancouver rain and grabbed my clubs to play some dry golf courses down in the Nevada desert.

Then there was that Christmas thing. Was yours good? Yeah, me too. But my guess is that Christmas wasn’t so good for at least one Vancouver Police officer whose actions have been under investigation by the Independent Investigations Office’s (IIO) since April of 2014 in what should be cut and dried circumstances.

Now, one might wonder, what could be so complicated that Richard Rosenthal’s crack team of investigators is taking so long? Well, nothing really I can see, so what goes on? Let’s have a look at what happened.

Just after 10:30 a.m. on the morning of April 14th, 2014, VPD responded to a disturbance call to an apartment building in the 3300 block of Kingsway. The caller to 9-1-1 said there was a child crying, a man yelling and blood on the hallway walls.

Responding officers arrived to find a man in the hallway screaming, with a knife, and a toddler on the hallway floor grievously wounded with multiple stabs wounds to her head. One officer drew his sidearm while the other drew his collapsible ASP baton. They made repeated demands for the man to drop the knife.

The officer with the baton, a former British cop used to non-lethal responses in edged weapon incidents, tried to disarm the man using his baton. When that didn’t work, he began to draw his sidearm and his partner fired three shots at the man, hitting him once in the hand. They were able to take him into custody and get medical help for the toddler.

They then discovered that right behind their suspect in the doorway of an apartment was a dead woman in her 60’s. She had over 150 stab wounds on her body. It also turned out she was the suspect’s mother and she had been babysitting the little girl, the suspect’s niece.

The little girl and the suspect, 33 year old Ka Chi David Siu, were both taken to hospital. Police said at the time the little girl suffered multiple wounds with potentially ‘life altering’ consequences.

She had been stabbed in the head at least nine times. At least one penetrated her skull and cut into her brain. By some miracle, and with the skilled care of the doctors and nurses at BC Children’s Hospital, the little girl has made a near full recovery. And yet, in the long months that recovery took, the IIO has yet to conclude its investigation into the matter.

Apparently, a complicating factor was that one of the three rounds fired by the VPD officer was located in the corpse of the suspect’s mother. It most likely missed the suspect who was flailing and hit his victim. Weird? Sure, but it isn’t a factor in anything. She was already dead. She had over 150 stab wounds, many, according to the pathologist who conducted the autopsy were delivered post mortem. She had bled out long before the VPD arrived on scene.

The only question to answer  by the IIO is whether the officer was justified in discharging his weapon in the circumstances?  That’s it. But, yet again, the IIO can’t seem to come to a conclusion that the police acted appropriately and within the authority given to them by the law.

The witness officer, the former Brit, gave a full and detailed statement. He said when he realized the baton wasn’t going to work, he was reaching for his sidearm when his partner shot the male suspect.

He also said he was fearful for the safety of the child on the floor and that there was no other option but to engage with his sidearm. And, he said that he would have, had his partner not already done so.

It should also be noted that the 9-1-1 caller was still on the line with police from her apartment and much of the events were audio recorded on the eComm recording system.

The shot suspect was taken to hospital and treated. The IIO tried to get a statement from him but could not due to his mental health issues. VPD charged the man with second degree murder a few days later. He was determined, after psych assessments, to be unfit to face trial in October 2014 and remains remanded to a secured psyche facility.

Here we are at the end of 2015 and still nothing from the IIO. No report explaining why the police were justified in their actions, pursuant to their charter or, no report to Criminal Justice Branch suggesting the officer ‘may’ – God, I hate that phraseology – have committed a crime.

So, about five days after the event, the Homicide investigators of VPD concluded their investigation and laid charges of Murder 2. The glacial-like BC court system dealt with the matter within six months. Yet, here we are 20 months later and the IIO can’t seem to figure out what happened and conclude its file one way or the other.

Yet more evidence of a flawed and dysfunctional organization. What, in the world, could they possibly be waiting for? 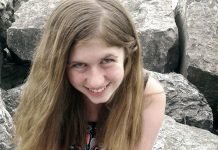 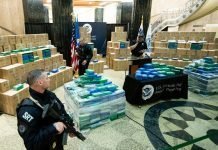 Massive stash of cocaine just a fraction of one of the...