A couple of days after RCMP Cst. Rick Drought had the asinine charge of Careless Use of a Firearm stayed in Cranbrook court, Global reporter John Daly did a story for the six o’clock news. In the process of gathering information for his story, he interviewed Solicitor General Susan Anton who essentially said she didn’t have a problem with the Independent Investigations Office (IIO) and they were much like any other agency who investigates and submits reports to Crown for charge approval.

Anton is either lying or is significantly out of touch with reality with what is occurring in her ministry and all the investigations into bullying, morale issues, inappropriate behaviour that are or have gone on in the IIO by various 3rd parties and the PSA, the governmental HR department who was instructed by her own deputy minister, Richard Fyfe.

Police officers across the province are more than a little concerned every time they go to work that even if they do their job properly in high stress situations they run the risk of finding themselves in the dock of a criminal courtroom. And why not? They have seen at first hand the charge of second degree murder filed against Delta Police Constable Jordan MacWilliams. He went through nine months of hell until the Crown, in a sudden moment of clarity, stayed the charge they couldn’t possibly have proven in the first instance.

They say the same thing played out two weeks ago with the stay of charges against Drought. But the stay didn’t change the nearly two and a half years that Drought had the charges hanging over his head. The original charge was two separate counts each of which carried a mandatory minimum sentence of five years in prison. Think about the stress that created for Drought and his family. And what for? For having the temerity to do his job courageously and appropriately.

Just last week the Chief Civilian Director (CCD) Richard Rosenthal forwarded a case to Crown involving VPD members chasing robbery suspects where a Police Service Dog (PSD) was deployed and one suspect was injured in the process. It’s not criminal. Commit a serious crime and flee, well guess what? The police will go after you. If you run, it’s very likely they will deploy a PSD. Oh, and because dogs don’t have opposable thumbs, they use their mouths to take down fleeing suspects. And if the suspect struggles, the dog bites harder.

If this seems ridiculous to you, it is. But it also seems ridiculous to IIO investigators who try to do their job diligently. And more often than not, when they hear a file has been forwarded to Crown they look at each other and shake their heads because they know the police officer acted appropriately.

What happens then is the investigator tends to get fired for daring to have the temerity to question the motives of the CCD. And when they get fired, it costs you the taxpayer big money. Why? Largely because Rosenthal wants to ensure there is a Non-Disclosure Agreement (NDA) in place so there’s no talking out of school, so to speak.

Provincial government employees are entitled to 18 months severance plus 19% on top of that in lieu of benefits. In return, outgoing employees of the IIO sign NDAs to ensure their silence about the myriad of problems within and the sadly lacking leadership of Rosenthal.

Since it’s inception in Sept. 2012, many have left of the authorized strength of 32. Let’s take a look at how many.

I am not using their full names to protect their privacy, but suffice to say that many, like Rob, Fred, and Ken are experienced career police officers who objected to Rosenthal’s procedural anomalies and bullying in the face of criticism. Others, like Barbara K. were career civil servants who had served in a number of ministries and were simply told their services were no longer required. And here’s your big six figure cheque courtesy of the taxpayers of British Columbia.

The IIO is short of investigators largely because no one with any credibility will work there. Frankly, the only people still there are those who either need a job or like John Larkin, the former British cop who is Chief of Investigations, is a true believer like Rosenthal that cops are always doing something wrong. One former investigator told me that Larkin starts from the premise that the cops are guilty and then works backwards from there.

So, after three years, the IIO has forwarded more than thirty files to Crown. In the two cases where criminal charges were laid, both were ultimately stayed by the Crown. The only result they have had in three years is one cop who pleaded guilty to a traffic ticket.

Between the operating budget, millions in severance, and the purchase of a diesel rental vehicle that Larkin put regular gas into, this travesty has cost the taxpayers of this province north of $35 million. Thus far.

Rosenthal is still in place with his sycophant John Larkin. There are multiple open, unfilled positions, open investigations into the actions of the CCD and at least one director, there has been little to show for all the bluster and buffoonery and the Minister doesn’t have any problems with the IIO?

And good cops just trying to do their jobs and go home to their families are the ones at risk.

And the Minister has no problem with it all. 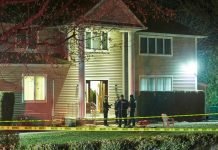 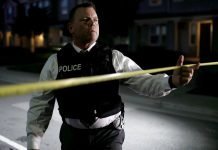