Now that I’m back from dodging golfballs in the desert rather than raindrops in Vancouver, it’s time to catch up on the IIO and see what’s going on with the so-called police watchdog agency.

It would seem the government has finally had enough of the gong show being run by Richard Rosenthal in that they are not renewing his contract when it expires at the end of the year. On the surface of things that is good, but nowhere near as good as firing him, which they should have done ages ago.

Or better still, not as good as not hiring him in the first instance, as current Ombudsman Jay Chalke did, as Assistant Deputy Minister in Justice, when he re-opened a closed job competition just because Rosenthal enquired about the position.

Apparently, even though I’m told Chalke travelled to Denver, CO, he didn’t manage to learn that his contract was being allowed to wither because of the gong show he created there. I spoke with several senior Denver PD officers, including an executive on the police association.

Rosenthal was hated for the way he treated police there and running fast and loose with the rules and the law trying to prove corruption where none existed. That may have been germane to the conversation prior to Chalke introducing Rosenthal to then Solicitor General Shirley Bond to get her imprimatur.

Frankly, all of this is government trying to respond to the aftermath of the Braidwood Inquiry which in and of itself, was fatally flawed. All of this really comes back to the 2007 death at YVR of Polish traveller Robert Dziekanski and the failure of the RCMP to stand in public and say that their members did nothing wrong and acted within the parameters of their training.

My God, they still won’t say it. Despite the fact that the new provincial use of force policy is now dictating new training for all officers and was constructed, as far as I can determine, without consulting with actual use of force experts.

The policy was issued last April and is now the standard for all police officers in BC. I read the policy and there’s is no question it was constructed by bureaucrats to try and govern cops who actually work the streets the bureaucrats wouldn’t dare to walk upon.

Full circle back to the IIO.

They announced two weeks ago they had hired nine new investigators and they still have an open competition to replace a Director of Investigations held by a former CBC radio reporter, herself under investigation for complaints of bullying and harassment.

The IIO tried to spin it like there was a new re-launch. A new beginning. They’ve discovered along the way that investigations they are involved in are complicated so they needed to add some investigators.

In a story run in the Province – BC’s cop watchdog gets more teeth – Salman Azam, the IIO’s Chief Administrative Officer is quoted saying,“We’re all well aware of the first three years of this office were difficult.”

Well, no shit Sherlock. More accurately, it is the worst launch of any organization I have ever seen.

More to the point, it was so bad the government added Azam’s position because of the problems created by Rosenthal. They gave him coaching and had to add layers of bureaucratic support at great expense to the taxpayer simply because Rosenthal proved himself incapable of doing the job he was hired to do and the government could not or would not admit the blindingly obvious.

The government made a bad mistake in their first hire for the IIO and no matter what, no matter the criticism, could not bring themselves to admit it.

Azam went on to say this, “What we want to do is learn from it, build on it, empower our employees, build a level of trust, provide training opportunities, get people really excited about this field.”

Really? Build a level of trust?

In the first instance, police in the province don’t trust the IIO to conduct a competent investigation. That’s a problem.

That becomes a bigger problem when we look at the new hires. One of whom has been declined by several police agencies in Canada for failing “ethical issues,” In point of fact, he was declined by the IIO itself several years ago for failing the background check process, which includes a polygraph.

So, knowing this, I asked Marten Youssef, the Manager of Strategic Communications for the IIO, the following question by email: “Were these new people subject to proper background checks including polygraph exams and were any of the new hires previously rejected applicants?”

I got the following reply: “All of the staff who are appointed as investigators are subject to a rigorous application process which includes a psychological assessment, background checks, criminal record checks and a polygraph exam.”

Well true, I suppose, except for the Chief Civilian Director, Richard Rosenthal, who has bragged that he was the only employee at the IIO who never went through a polygraph. Pity.

But clearly he evades the salient question. Why?

So, riddle me this; how can police officers in British Columbia be confident in an investigation conducted by an IIO investigator, who himself has been rejected by several police agencies in Canada for not meeting their ethical standards? He’d even been rejected by the IIO itself for the same reason, yet now he is somehow okay?

Bottom line, the IIO are desperate. They are trying to meet their mandate and any competent, credible person who might apply has heard the back story and won’t apply. They carried about 30% vacancy in their Full Time Equivalent (FTE) staffing for much of the past year and have just filled them with their latest hirings. Including at least one person who didn’t make the grade before.

Despite the spin, the IIO is still a dysfunctional organization that is supposed to oversee the actions of police in incidents involving serious injury or death. And government keeps applying lipstick to the pig they created.

A court victory for common sense 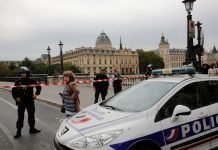 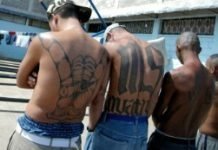 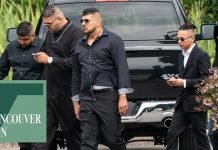 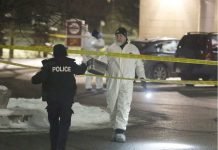