The Independent Investigations Office (IIO), who investigated the police shooting of 48-yr.-old Mehrdad Bayrami on Nov. 8th, 2012 at the Starlight Casino in New Westminster likely didn’t know that Bayrami knew he was going to die that day, whether by his own hand or ‘suicide by cop.’

Bayrami laid in wait for a woman who was employed at the Casino and when she arrived, he kidnapped her at gunpoint. She fought back and he fired his weapon three times grazing the woman twice, once in the head and once on her back.  He then dragged her nearly 500 metres toward the highway at the casino entrance. There he was met by New Westminster police who were responding to a 9-1-1 call from casino security who had witnessed the whole event on CCTV.

NWPD contained the armed assailant who still held his female hostage and called for the Municipal Integrated Emergency Response Team (MIERT). A five-hour stand-off ensued which only ended when Delta Police Constable Jordan MacWilliams, a member of the MIERT, fired one shot.

MacWilliams was designated ‘lethal’ in his position as the covering sniper officer while the designated ‘non-lethal’ officers broke cover with ARWEN guns which fire so-called ‘plastic bullets.’ MacWilliams fired the lethal shot when Bayrami pointed his weapon at police. It all happened very fast in real time. And yet the IIO has charged this officer with second degree murder for doing his job.

But, in doing their investigation they didn’t know that Bayrami intended to die that fateful morning. Why not you might ask? Because they never interviewed the woman at the centre of all of this, the hostage.

Tetiana Piltsina, who at the time was a supervisor at the casino and the woman who was attacked, shot at and kidnapped by Bayrami told me in an extended interview what happened that morning from her viewpoint.

She also told me what he said to her as the police held him in containment. “When we were standing there close to the highway, he said to me, I am going to leave here in a plastic bag, I am not going to jail.”

Shortly thereafter, MacWilliams and two of his colleagues affected a rescue of Piltsina when she pushed away and created some separation between herself and Bayrami. MacWilliams and New Westminster Cst. Cliff Kusch  instinctively and courageously broke cover and positioned themselves between Bayrami and Piltsina with their weapons pointed directly at Bayrami. Another officer, Cst. Mo Parry of Delta PD, spirited her to safety and MacWilliams and Kusch withdrew back to cover.

The stand-off continued for several more hours as the MIERT tried everything from negotiators to the non-lethal attempt to disarm Bayrami using the ARWEN guns. It still ended with the fatal shot fired by MacWilliams when Bayrami pointed his weapon at police.

The statement made by Bayrami to Piltsina is critical. It shows the state of mind of Bayrami and corroborates what MacWilliams said in his statement that he fired because the suspect pointed his weapon at police as the ARWEN operators fired their weapons – projectiles which missed by the way.

But the IIO never got that information because they never interviewed Piltsina. And Crown, who approved the charge of murder, never got the information either and for the same reason.

It’s stunning really. When she heard from friends that MacWilliams had been charged she was outraged. She went to Delta PD headquarters and spoke to a police officer at the front counter. She said, “I went to the Delta police to see how I could help. It’s not right that he was charged. He was just doing his job. The policeman was trying to defend me.”

She left her name and number with that officer who gave the info to Chief Jim Cessford. He called the head of the IIO, Richard Rosenthal, and suggested, politely I’m sure, that Rosenthal have one of his investigators contact the woman.

I asked if the IIO had called her. Apparently even after the Cessford call they did not. Said Piltsina, “I called them. I called them the day I went to Delta police. They promised that someone would be in touch with me but I haven’t heard from them.”

Had the IIO actually done their job, they would have discovered that Bayrami had been stalking Piltsina for three months. He was calling her upwards of 60 times a day. She told me about him installing a GPS locator on her car and how, one day, when she got into her car she found a knife on her seat.

The Richmond RCMP were investigating the file as criminal harassment and Bayrami had been arrested three times as a result, the last time he was held for five days and released just days prior to that fateful day in November.

Piltsina has been through hell since the stalking started. It didn’t end with Bayrami’s death. She is still trying to come to grips with everything and feels guilty that MacWilliams has been charged with murder after saving her life. “Just because of me that guy is charged with murder.”

“That young boy, he doesn’t deserve it all, that’s awful,” she said. “My whole family is for this policeman, it’s a joke what is happening to him.”

Awful indeed. Made worse because the IIO did an incompetent investigation. And that is on Rosenthal. 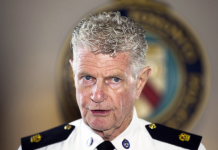 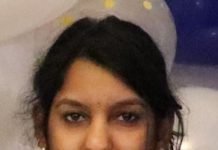 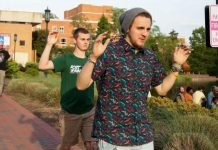