After last week’s pieces on the impasse between the Independent Investigations Office and the Vancouver Police Union, I got many comments essentially asking how did we get to this point?

The simple answer is because the IIO views its role in investigating the actions of the police as to gather evidence with which to prosecute police. This is, of course, the doing of the first Chief Civilian Director, Richard Rosenthal, who ran the organization for a tumultuous four years.

Instead, what they should be seeing as their mandate, is to investigate to find the truth wherever that may lead. If there is evidence of police criminal misconduct then a prosecution should be brought to bar. And the same standard needs to apply as it does to police before recommending charges against any member of the public.

The concept of civilian oversight is fine with most police I talk to. But, they must have confidence in those who conduct that oversight. From its inception the IIO has demonstrated in case after case they are not competent investigators and thus, the impasse with the VPU.

The other real issue is their focus on the “Affected Person” and only police actions as they relate to that person. They don’t consider events as a whole and what caused the person to act as he or she did. No clearer demonstration of that failure can be made than their handling of the police shooting at the Starlight Casino. I have written much of that case and won’t drag you through it again, but the fact they never spoke to the woman who was taken hostage speaks volumes. She was shot at, dragged from her car and held at gunpoint for a lengthy period of time. At the very least she could have provided evidence showing the suspect’s, sorry, the Affected Person’s state of mind.

Had they done so, they would have found out that the suspect told her during the stand-off that the only way he was leaving was in a body bag. The only way that was going to happen was if he ate his own gun or pointed it at a police officer, which is ultimately what happened.

Instead they ignored all of that in its entirety and focused on building a criminal case with which to charge the officer who fired the fatal shot with murder. Ridiculous.

But it’s not just lethal force cases where they focus on building a case. The head of investigations there, John Larkin, has said they begin by believing the subject officer is guilty and work from there. Which is, of course, antithetical to any real investigator.

It happens even in less serious cases.

On November 9, 2015, shortly after 8 p.m. VPD were called to a Chinatown intersection where a crazed man was jumping up and down upon and kicking doors on a Black Top cab.  The cab had substantial damage to the hood, roof, windshield and door. Subsequent investigation determined that he’d been randomly damaging other vehicles in the neighbourhood.

The driver got out of the cab to confront the man but quickly retreated when he saw how crazed the man was.

When multiple police units arrived, the suspect hid behind another car. Civilian witnesses pointed out the shirtless man in his mid 20’s. As police approached he took off running and a foot chase ensued northbound on Abbott Street. The suspect was running in the middle of the street being closely pursued by a plainclothes officer. As the pursuing officer closed in on the fleeing man he pushed him from behind and the suspect fell forward and he was taken into custody. Arresting officers believed the suspect to be high on drugs and so an ambulance was called. But, due to shortages, EHS couldn’t respond. The decision was made to have the wagon take the suspect to the city jail where a staff nurse could assess him.

It should be noted that at no time did the suspect say he was hurt or in any kind of pain. But upon examination the nurse found he had an injured wrist. He was then taken to St. Paul’s hospital where it was determined that his wrist was broken, most likely when he fell forward, but it could have been pre-existing from punching cars.

The IIO were notified by the Duty Officer as required and the IIO asserted jurisdiction. Why is anyone’s guess. Their mandate is to assume jurisdiction in cases of “serious injury or death.” I’m not sure how a broken wrist is considered serious, but I digress.

The police are given the power to arrest people they reasonably believe have committed an offence. These circumstances clearly show they had the right to arrest in this case and the arrest was lawful.

The Criminal Code of Canada also says that the police may use as much force as is necessary to make that arrest and it also holds them criminally responsible for using excessive force. That is the only question here. Was the force used necessary or excessive?

A push is one of the lowest forms of force that can be used by police. it is marginally higher on the continuum than speech commands. It is used to take someone off balance for the purpose of securing the individual. In this case, the person fell, but that was much less dangerous for the officer than trying a flying football tackle. Pavement tends to be disagreeable on the landing for both parties.

This should be a no-brainer. The suspect was identified by civilian witnesses at the scene. He fled on foot and at full tilt the pursuing officer gave him a push which caused him to fall whereupon he was taken into custody.

Again, given those circumstances what could possibly be taking the IIO to reach a conclusion? It’s been 17 months since the events took place and they still have their investigation active. Why? This shouldn’t even be in question.

I contacted the IIO Director of Communications, (nominally A/Director, Public Engagement and Policy) Marten Youssef to ask the status of this investigation. He said, “We are nearing completion on this file and expect a decision to be issued in due course.” I wonder how long due course is?

Meanwhile, 17 months later the members involved are still waiting to learn if they may face criminal charges.

A senior VPD Sgt. said to me, “Sometimes people get bit by police dogs, sometimes fingers thumbs & wrists get broken. It should be simple for them to deal with this call. Never mind the two big ones that they have on their hands right now.”

The making of a saint 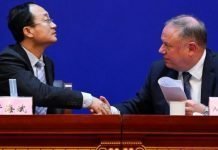 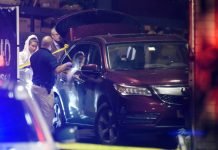