Prime Time Crime
Monday, November 28, 2022
Home Crime & Punishment Double standard apparent
Well, the holidays are over and I managed to contain my vitriol whenever I came across yet another story about political correctness run amok. The controversy generated by the Elmdale Public School in the Ottawa area was perhaps the best example of political correctness in the lunatic fringe, in this case best espoused by teachers and their inevitably wrong union.
But the story over the holidays that really got me was the one about the suspension of Burnaby Mountie Richard Jacques for 10 days.
Constable Jacques was found guilty of abusing his position to help his girlfriend leave the scene of an accident. He was also found guilty on separate occasions, by either not following orders or failing to properly investigate crimes ranging from a break-and-enter to an attempted abduction. Pretty serious stuff one would think. But not serious enough to make the officer pay forfeit with his job.
So, if I understand this correctly, this member demonstrated he is not prepared to follow policy and, perhaps more to the point, lacked the integrity to follow the law and his duty and deliberately engaged in activity that should be more properly described as obstruction, a criminal code offence.
And for all of that, the RCMP gave Cst. Jacques a 10 day suspension. Ten days for turning his back on the oath he took and permanently destroying any credibility he would need to be involved in any prosecution he may be involved with in the future.
I’m appalled frankly. How is it that Cpl. Robert Read and Staff Sergeant Bob Stenhouse, were fired for doing nothing more than telling the truth and this guy gets a ten day rip?
There’s no question that both Read and Stenhouse coloured outside the lines as laid out within the RCMP when they spoke to folks outside the Force because the bureaucracy within was failing miserably. That was wrong. But if it was wrong enough to get fired, how in the world can the Force justify the continued employment of someone like Cst. Jacques?
Read and Stenhouse were trying to do the right thing and got fired by the pointy-headed bureaucrats that run the RCMP. Jacques was trying to circumvent the law and abused his position as a police officer. He will never again have the credibility necessary to mount a successful prosecution, something which is central to his job. Why isn’t the Force holding him up to the same standard as two members who were actually trying to do the right thing?
I have a major problem with this double standard.
Leo Knight
leo@primetimecrime.com
Share on Facebook Share
Share on Twitter Tweet
Share on Google Plus Share
Share on Pinterest Share
Share on Reddit Share
Read Full Article

Man arrested after ramming car through door, speeding onto runway at...

Serial killer Dellen Millard will have to serve 75 years before... 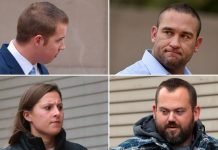 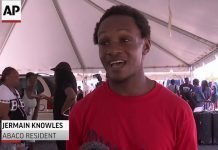 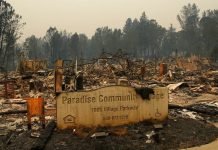 Search on for 1,276 now missing after California’s deadliest wildfire

A failure by police to act

Murder charge against cop a travesty of justice