Prime Time Crime
Monday, February 6, 2023
Home Crime & Punishment ‘Crats craziness risks public safety
While I would never accuse the bureaucrats in Corrections Services Canada of being in touch with reality, I think some recent policy decisions are suggesting they no longer reside on this planet.
Last week the Surete de Quebec were trying to button-hole an escaped piece of excrement known as Kevin Smith who had escaped from Montée St-François Institution in the Montreal area on Oct. 9th, 2007. They had a photo of the fleeing fugitive, but it was so old they believed it no longer looked like him. CSC did not issue an updated photo of Smith ostensibly because it would have violated his privacy rights.
The reason the police photo was outdated was because the last time they dealt with him was in 1991 when he was arrested, charged and convicted of murder. Last week, the SQ thought they had Smith corralled in the Estrie area of the Eastern Townships. But alas, he slipped through their fingers. They didn’t specifically say it was because they didn’t have a recent photo of Smith, but reading between the lines in the news story from the Sherbrooke Record pretty much tells the tale.
Now I don’t know about you, but when a guy is convicted of murder and gets shuffled off to prison for a couple of decades, I think if he leaves before he is entitled to, he ought not to have any right to privacy. I may be old fashioned, but if he hasn’t got the right to freedom and liberty, then that pretty much says the rest of it is all forfeit as well. And, for the record, this includes all those darlings of the Liberal Party of Canada who have the right to vote while they are guests of Her Majesty in one of the Club Feds that masquerade as our prison system.
And lest you think that this may be a one-off in the Smith case, it isn’t. It is the policy of the dull-witted bureaucrats who run CSC.
Gary Gormley, another convicted murderer, escaped from a New Brunswick prison in September and CSC deliberately refused a request for a photo of that particular waste of oxygen. According to a story in the Montreal Gazette, “Under privacy rules, a photo of a convict can’t be released unless he gives permission and signs a release form, said Corrections Canada, even if he breaks out of jail.”
What utter horse hockey!
The RCMP, also a federal agency who toil under the same legislation as CSC, had no problem issuing a photo of Gormley when the media asked. So, what gives with CSC?
We already know that the backbone-challenged posers who run CSC don’t think that criminals should be in prison. Now they seem to believe they have rights that effectively hamper the police efforts to return the rare murderers who actually do go to jail when they escape from the tender mercies of CSC.
It is nothing less than outrageous. The Prime Minister should immediately fire the Director General of the CSC and instruct the minister responsible to give those bureaucrats marching orders that more clearly reflect reality and I might add, the view of a majority of the Canadian public.
Leo Knight
leo@primetimecrime.com
Share on Facebook Share
Share on Twitter Tweet
Share on Google Plus Share
Share on Pinterest Share
Share on Reddit Share
Read Full Article 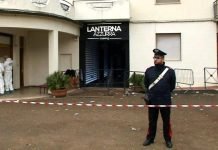