In August of 1982, Ronald Smith, a drifter from Alberta, murdered two men in cold blood for the thrill of it.  That event took place, in Glacier National Park in Montana, not in Canada.

Smith, in a plea arrangement asked for the death penalty, which I might add, was deservedly granted.  He also reiterated that request in March of 1983.  In the intervening years Smith has been on death row in a State that is relatively slow to carry out capital case executions.

For years the Liberal governments of Jean Chretien and Paul Martin had their diplomats play the game with Montana authorities seeking, at least on the surface, some form of clemency for Smith, from the hangman’s noose.  Metaphorically speaking of course.  I am not sure how Montana gets rid of its Death Row inmates.  Although what is ironic in all of this is that the State of Montana seems poised to get rid of the death penalty.  Their House of Representatives is to hold a vote later this spring on the matter.

Smith also seems to have had a change of heart in that he has availed himself of every legal avenue to try and delay or commute his richly deserved death sentence.

With the election of a Conservative government, a different view was taken on the Canadian tradition of diplomatic intervention in death penalty cases.  The Tories said, and rightly so in my view, that they would not intervene with democratic countries with the death penalty in cases of multiple murders.  Had they removed the word ‘multiple’ I would have wholeheartedly agreed with the position.

Smith’s lawyers, funded not by Smith, made application to the Federal Court of Canada to get that decision overturned.  And so, it was overturned by Federal Court Judge R. L. Barnes, who has made an order that the Government of Canada reconstitute its diplomatic efforts to gain clemency for Smith.

Now I don’t know Judge Barnes from Adam other than what it says in his official bio.  But I note he was appointed during the waning days of the Liberal administration of Paul Martin.  But I am stunned that any court in this land has the power to overturn policy decisions made by the elected representatives of the people of Canada.

I am not referring to a piece of legislation deemed unconstitutional by the ermine clad wonders of the Supreme Court of Canada.  That is quite another discussion.

The Federal Court of Canada is a Trudeaupian concept that, as far as I can tell, serves no useful function.  It is the court directly responsible for the absolute joke that has rendered our refugee system dysfunctional and created an industry for a generation of lawyers that didn’t exist 20 years ago.

And let’s bear in mind that the State of Montana is not Saudi Arabia or Iran holding public stonings.  Smith has had the benefit of every possible avenue of appeal spanning 25 years through the American justice system.   There is no question he is guilty of two thrill kills.  By his own admission, he killed two people because he wanted to see what it was like.  Oh, really?

The irrepressible “useful idiot” Jack Layton waded in on this case saying: “You can’t be against the death penalty in Canada but be in favour of it for a Canadian citizen outside of Canada.”

Has anyone ever heard the Harper government say they were “against” the death penalty?  I certainly haven’t and considering the last vote on the matter in the House of Commons was in the mid 70s, I sincerely doubt than any sitting MP has actually registered their position by vote on the subject.

In point of fact, poll after poll has shown that a majority of Canadians support the death penalty in certain cases.  I would rank in that number and I suspect, so too would the Prime Minister.

The bottom line is that Smith committed a disgusting, incredibly offensive crime, which he has admitted to doing.  And he did it in a jurisdiction with the death penalty.  Well, in my view he is the author of his own misfortune, come what may.  He needs to be accountable for his actions and in Montana, as it stands, that means he should pay forfeit with his life.  I don’t have a problem with that and neither does our federal government.  The Federal Court of Canada should not be involved.

And therein lies the problem.  That any body of unelected judges can dictate policy to our elected representatives is offensive in our democracy and their power needs to be curtailed.

Frankly, I cannot see any reason for their existence in the first instance. 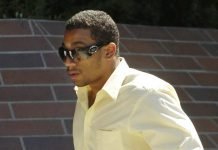 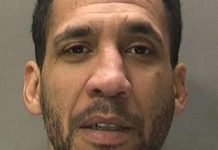 Man convicted of murder after strangling woman during sex 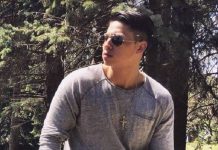 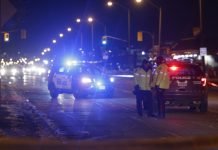 Reality at odds with picture painted by media in police shooting