There was a certain inevitability to Calgary Police Service Constable Shaun Horne getting suspended by the department for his outspoken comments after a Justice of the Peace released a career criminal without so much as a “By your leave” to the officer.

Horne called the decision by JP Kristine Robideaux a mockery and a joke, which of course it was. After all, the man in the dock had already amassed 65 criminal convictions plus a great many other arrests in cases that he wasn’t charged and convicted given the vagaries of a fundamentally broken system.I should add by the way, that after Robideaux released the man over the objections of Cst. Horne, he didn’t abide by his conditions and failed to show for his next court appearance. Yeah, I know, big shock huh?

Well possibly Robideaux was shocked. But, I suspect no one else connected to the justice system was. Robideaux, as an aside, is a lawyer by profession and also doubles as a board member for the Legal Aid Society. Legal Aid Societies across Canada have been plagued by incredible inefficiencies as they struggle to meet their objectives while being abused by lawyers representing major organized crime figures in complex conspiracy cases. (See Legal Aid System is flawed for more on the subject)

Now there’s no question that Cst. Horne should not have said publicly what he did. Certainly not in the manner that he did at any rate. That was unprofessional. But the message it sent was bona fide and it is high time that the purveyors of so-called justice heard it. As a side note, Horne’s defense team tried to subpoena the good lady JP, but that was quashed by somebody higher up in the administration of the provincial courts. Perish the thought that the officer should be able to mount a mitigating defense against the three discreditable conduct charges levied against him.

As another side note, the presenting officer, Inspector Paul Manuel, is the same fellow who was the duty officer the night members of CPS executed the now-infamous search warrant on the home of Nancy Killian Constant which started her beleagured six-year journey to get justice. An allegation of neglect of duty, following the investigation conducted by Inspector Brian Whitelaw, was levied against Manuel in that case for failing to properly review the warrant before authorizing the officers to enter the home late at night.

And clearly he failed in his oversight duty, as evidenced by the return of the empty warrant and the subsequent revelations about altering of notebooks to support the Information to Obtain. In my opinion, there is no possibility a thorough review of that warrant process, in the manner claimed by Chief Jack Beaton, was conducted, assuming the reviewing officer’s competence. As I have said before (Stench from apparent police cover-up won’t go away) the grounds in the ITO were thin at best and in other jurisdictions would not have been sufficient for a warrant.

Apparently Constable Horne, while right in his assessment of the justice system, didn’t have the friends in high places needed to ensure he paid no penalty for the transgression of telling the truth. 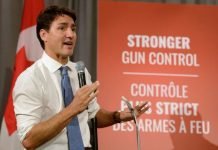 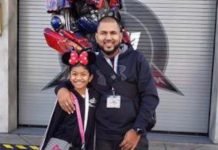 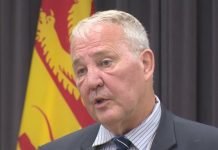 Pomp and circumstance when a quiet farewell would do