I have never met Delta Police Constable Jordan MacWilliams. But I know many young police officers like him. Indeed, in my younger, less cynical days, I was much like him.

He is a young man seized with a singular ambition; to help people, to serve his community and make a difference in his lifetime, alongside with being a member of that community and raising a family of his own. That’s what young police officers believe. Anyone involved in hiring in any police department in North America will tell you that is the primary answer to the question inevitably asked: Why do you want to be a police officer?

Cops are of a singular nature. They don’t become cops for the excitement. 95 percent of police work is boring and the remaining five per cent is sheer terror.

But, there is a certain segment of folks who want to wear a badge and carry a gun in the service of their fellow citizens. And it has always been thus, as it was for me when I decided to join the RCMP, lo, those many years ago. And we, as a society, as a community, should be thankful for those who serve.

So, how is it that a good, young police officer like Jordan MacWilliams has been charged with murder in the second degree for doing his job as a designated ‘lethal’ sniper on an ERT response to a shots fired / hostage situation at the Starlight Casino in November of 2012?

I have reported on that situation elsewhere in this space and won’t bore you with the finite details of the shooting save and except to say that I have looked at a great many police shootings over the years and indeed, have been the officer involved in one myself. There are always questions – did the officer have to use lethal force? Couldn’t he/she have used less lethal force? Were there other options?

And there are the really stupid ones too like, my favourite – couldn’t they have shot him in the leg or an arm?

In this case Const. MacWilliams did his job. A job that most of you reading this wouldn’t want to do, but that he does, or more accurately, did, quite willingly.

We ask much of the police officers who serve. We want to feel safe from those predators whose moral compass allows them to victimize innocent folks. We want our system of laws to be enforced but in such a way that we don’t have to look, because in reality that requires those employed to be at the sharp end to take actions that society feels is repugnant.

You may like sausages with your breakfast, but you probably don’t want to know how they are created.  The same applies to an arrest of someone who doesn’t want to be arrested, such as we saw in New York with the takedown of the behemoth, petty criminal, Eric Garner, who died as a result of what was an otherwise routine takedown of a subject who was told he was under arrest and passively resisted.

The police expect to be criticized. It comes with the territory. But, police officers do not expect to be charged criminally for doing their job. And that is the situation facing Const. MacWilliams. For whatever reason, be it the sub-standard investigation of the inexperienced investigators of the recently formed Independent Investigations Office (IIO) or the fecklessness of a Crown prosecutor with a political agenda, I don’t know. But I can and will say that Const. MacWilliams did his job on that fateful day.

He and his team members went home to their families. The man who shot at a woman, and dragged her forcibly for 500 metres, held her hostage and threatened police, did not.

Yet, Jordan MacWilliams is charged with murder. A charge that had to be approved at the highest levels of government. A charge signed by the Deputy Attorney General. How is this possible?

What government would want to file a charge against one of those we employ to do the dirty work to protect us? These are questions that need to be answered. Crown spokesperson Neil McKenzie dodging and saying the matter is before the court is not good enough.

The Attorney General, Susan Anton, at the very least was appraised of the actions of her Deputy who signed the Direct Indictment. For something this dramatic and rare, my guess is the Premier, Christy Clark, was advised because of the potential political ramifications. Those ramifications are now coming home to roost. The Premier and the Attorney General need to respond. The public confidence in the justice system is at stake.

Frankly, this is offensive. Was the decision to charge MacWilliams simply because the IIO needed to get one on the board, so to speak, to justify the ill-advised decision of the Clark government who set up this mess in a knee-jerk reaction to the Braidwood Inquiry or the inquiry into the death of Frank Paul? We don’t know. And largely because no one at the Attorney General’s office will answer any questions that are begging for a response.

One wonders. Yet, this fine young police officer is still charged with murder for doing his job. 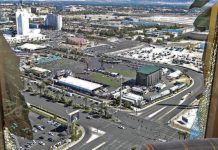 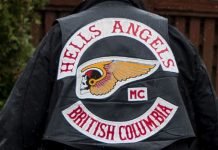 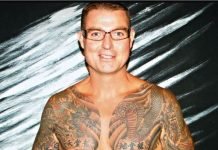 Are guns to blame?