Last week, RCMP Cst. Gerry Rundel was acquitted in BC Supreme Court on charges of perjury resulting from his role in the 2007 death of Robert Dziekanski at YVR.  Tomorrow, Cst. Kwesi Millington will be in the same court for sentencing  after being convicted a little over a month ago  on the same charge based on the same fact pattern.

How is this possible you may ask.

As an aside, and I am not suggesting anything untoward, merely making an observation, but how is it that the two non-white officers are convicted but the two white officers were acquitted? (Millington is black and Robinson is native while both Bentley and Rundel are white.) Just asking.

But in some ways this is fitting considering what a dog’s breakfast this has been from the beginning. It started when RCMP spokesman Pierre Lemaitre held a morning press conference and gave fuzzy details about what happened to the media and later seemed factually inaccurate after the public surfacing of the “Pritchard’ video, a cellphone video perspective of the events of that night. And I might add, a video that was seized by Cst. Rundel in the aftermath of the incident. So, the officers knew when they gave their statements that video of the event existed. Think about that.

The RCMP, as an entity, failed utterly in Media Relations 101 out of the gate and further perpetrated that failure every step of the way. It continues today with their lack of comment on the convictions and acquittals of the members involved.

In truth, the four RCMP members attended the disturbance call to YVR International Arrivals in response to Polish traveller Dziekanski acting erratically and violently, throwing things around including a desk.

Those actions were also recorded by the tourist traveller Pritchard.

The members responded according to their training. They tried to engage verbally, which didn’t have any effect obviously because Dziekanski couldn’t speak English. We can debate until the cows come home about what happened after that and the reality is that the officers responded according to their training and the situation escalated rapidly to the point where Dziekanski grabbed a metal stapler, held it in a threatening manner and advanced toward one of the members. Cpl. Robinson gave the order to deploy a Taser (CEW) which was in the control of Cst. Millington.

Millington had only been trained on the use of a CEW for about three months. This was the first time he’d had occasion to use the non-lethal weapon.

Ironically, when he testified before the Braidwood Inquiry, for which he was ultimately charged and convicted of perjury, was the first time this young constable had ever testified before any body.

Was he confused in front of the bright lights and high-priced lawyers with an agenda? Probably, but he did his best. But perjury? It was nothing of the sort. Yet, he was still convicted in what can only be described as a bizarre decision by Mr. Justice William Ehrcke in late February.

You tell me if you can make any sense of this yet, this is why Millington is being sentenced tomorrow.

The reality is this decision will be appealed. Sources close to the matter tell me that appeal documents will be filed this week. Given the Rundel acquittal and the trial judge’s reference to the two conviction decisions in her summation it is highly likely that an appeal will be allowed meaning that tomorrow’s process will be little more than a charade. Which frankly, is an apt description of the Crown’s attempt  to get some scalps for the whole Dziekanski mess.

Those officers did their job according to the training they had. Period. That Dziekanski died as a result is tragic. But nothing in any of this is criminal on behalf the RCMP members involved.

The making of a saint 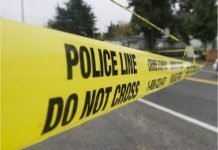 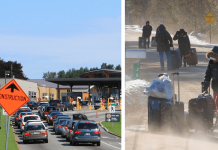