News broke yesterday that the Independent Investigations Office (IIO) has filed a petition with the courts to try and force members of the Vancouver Police Department (VPD) to cooperate with their investigators citing “obstruction” in the aftermath of a shooting which occurred in November at the Canadian Tire store on Grandview Highway in Vancouver. This is disingenuous in and of itself. The VPU has never said their members will not cooperate.

I have previously written about what happened that day. If you’re interested, you can read that piece here.

VPD Chief Constable, Adam Palmer, when he received a demand from the IIO that he order involved officers to cooperate and provide statements replied, on March 13, that he would be seeking legal advice. While he was in the process of doing that, the IIO filed the court petition, apparently not content with the Chief’s words and trying to force his hand. And with that, the battle lines are now drawn. Frankly, this was inevitable.

The IIO has been plagued with incompetence since its launch in September of 2012. I have outlined that incompetence in file after file in the intervening time. It has now gotten to the point that the Vancouver Police Union (VPU) has lost all faith in the IIO to conduct a competent investigation that they have picked this particular hill upon which to make a stand.

They want their members to have pre-interview disclosure to ensure whatever statement is made by any member will allow that individual to review CAD (Computer Aided Dispatch) information, radio dispatch traffic and any CCTV video footage germane to the incident prior to talking to IIO investigators. If you want to understand why, you need only to consider the four RCMP officers who were involved in the taser death of Robert Dziekanski at YVR in 2007. Two of the four were convicted of perjury in what can only be described as a travesty of justice. (For more on that, click here)

The VPU wants their members to be able to avail themselves of as much information to ensure the accuracy of their statements in any IIO investigation. The IIO says no, they should rely on their memory and notes. In a situation such as occurred at the Canadian Tire store on that fateful day, as police were responding to first a robbery call, which escalated to a stabbing of a clerk, then a hostage taking, then an officer down, then shots fired, trust me, no one was making notes as they responded Code 3 to the scene.

As an aside, the IIO tried to manage the media coverage of this. In fact, the Vancouver Sun in their coverage said this: “A police officer was also hurt during the incident.” Well, that’s one way of putting it. The officer in question was stabbed multiple times by the suspect, Daniel Peter Rintoul, 38. Who, by the way, was a big man weighing in at over 380 lbs. The stabbed officer fired the first shot and fell to the pavement with his intestines hanging out. So, yes, I guess you could say he was “hurt” in the incident.

This is all about confidence on the part of the VPU that their members will be treated fairly and the investigation will be done in a competent and fair manner. Thus far, the IIO has proven its approach to investigations are anything but on both levels.

In this matter, the IIO was advised promptly, as required, by the Duty Officer. They ordered that all members on scene be held pending their arrival. There was more than 30 officers who responded ultimately to the escalating calls. It took the IIO more than five hours to arrive from their office in Surrey. Five hours. That’s a lot of police man hours standing around doing nothing instead of serving the citizens of the city they are paid to protect.

In point of fact, the IIO investigators tried to seize the uniforms and weapons of the ERT officers who responded even though they arrived after the shooting was done and the gun smoke had cleared. This in itself shows the incompetence. In the first place ERT officers weren’t there at the time. In the second place their weapons are high-tech and very personal, sighted in for and by each individual member. In the third place, VPD doesn’t have an armoury large enough to simply replace all of those weapons for however long it would have taken the moribund IIO to process whatever request they might have had for ballistics tests on weapons that weren’t used in the shooting. It’s madness.

The IIO then upped the ante for incompetence when they held an assembly for all involved officers at 2120 Cambie, police headquarters. They gave a Charter caution to everyone in the room and said they wanted to seize all laptops from police cars that attended the scene. Seriously.

Police laptops or mobile data terminals can communicate car to car and presumably the IIO wanted to ascertain whether any responding member had off-line communications which could be germane to their investigation. So, they actually wanted to seize dozens of laptops without considering what the VPD would use in the interim. The laptops are used to query criminal databases and write reports, stuff inherently needed by the police for virtually every call they take.

Common sense prevailed when the Duty Officer told them no in no uncertain terms.

A competent investigator would have simply attended EComm on Hastings Street where the computer servers are and had all communications downloaded from the server. Where, I might add, they would have to attend anyway to get the radio traffic for the incident downloaded from another server sitting right beside it.

This isn’t complicated stuff. Detective work rarely is, it’s methodical but it requires a level of competence and common sense and the ability to use critical thinking skills. Skills apparently lacking in the IIO and exactly why the VPU and Chief Palmer are taking the stand they are.

This will be interesting to watch and could dictate the fate of the current structure of the IIO moving forward. I only hope the provincial government is paying attention because this monster is their creation and only they can fix it. 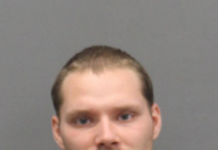 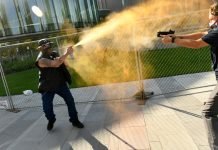 One dead during duelling protest rallies in Denver

Reality at odds with picture painted by media in police shooting