I cried a lot today.

I know, I know, I’m a big tough guy. But today I had to put down my beautiful German Shepherd, Holmes, after 12 and a half years of being my unconditional friend and companion.

We are masochists us dog owners I think. We know we will outlive our pets and we get the gut-wrenching inevitable end such as I experienced today. Yet we will do it again and again.

Holmes was a terrific dog. I got her when she was just six weeks old. And walking her in those days down around Second Beach in Vancouver illustrated what a chick magnet she was. Or I suppose any puppy really. But damn, she was cute.

My friend John Daly, the BCTV, now Global, reporter was responsible for her improbable name. She was little ball of fluff when he first met her. The first words out of his mouth were “Yo Holmes” and thus she was named.

I spent a lot of time with her in the early days. She learned all the usual commands plus a few more. When she was told to “get busy,’ she went off the beaten path and did her business in an area where no living creature would likely tread.

I remember a day when she was ill and had diarrhea. I had to go out for the evening and was concerned about the state of the house upon my return. Well she did have an issue, but she had the good sense to get into the bathtub and deal with her issue there.

She was loved by anyone who came into contact with her. This morning those who loved her got together and walked with her in her favourite park. She went for a swim in the sea for the last time and was cheered on by those who cared.

I have been blessed to have had a great dog in my life and saying goodbye was one of the hardest things I have ever done. I held her in my lap as she breathed her last. I dread life without her, but I know she has had a great life and I know she enjoyed every moment she had.

Holmes, I will miss you.

RCMP rescues girl held in captivity in a secured cabin near...

Cops not to blame for Saturday night melee in midtown Toronto 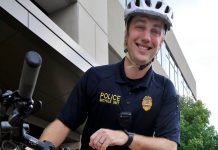 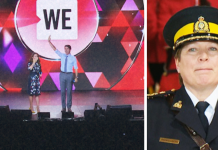 WE scandal worsens, screams out for an RCMP investigation 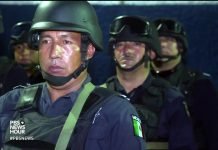 The real price to be paid for a travesty of justice