In the wake of the discussion last week of the manslaughter charge against RCMP Cst. Jason Tait, as a result of his actions stopping a drunk driver who was refusing to stop, let’s consider some things. He took the action he took to protect the citizens of Castlegar. He did his duty at great risk to himself, much like police officers do every day across this country.

Things happen in the blink of an eye and police have to react to what is unfolding with two objectives; to eliminate the perceived threat and to protect life, which includes their own.

Tait was charged by the Criminal Justice Branch (CJB) three and a half years after the event occurred. It took the Independent Investigations Office nearly two years to do their investigation and a further 16 months for CJB to review it before filing a criminal charge against Tait. That is unconscionable.

I think to appropriately consider this, it is instructive to look at the decision of the now retired Provincial Court Judge Donald Gardner in the prosecution of Delta Police Cst. Vicken Movsessian who was charged with careless use of a firearm after another lengthy IIO investigation.

The incident happened on Nov. 7, 2013 and the court decision was rendered in December of 2016. Suffice to say it has been underreported.

The officer was seconded to CFSEU, a Joint Forces Operation working organized crime. On the night in question, CFSEU had surveillance on a vehicle they believed contained a gang member wanted on over thirty warrants, several of which involved firearms offences. The suspect was believed to be seeking a weapon with which to conduct a home invasion.

During the surveillance the vehicle stopped at a residence of a known gang associate. A passenger got out and went into the carport and retrieved something from the rafters. Police surveillance units could not determine what the object was other than it fit into the hand of the person who retrieved it.

After the vehicle drove away, it was decided to stop the vehicle in what is called a Code 5 takedown, a high-risk traffic stop with multiple police vehicles blocking a suspect vehicle and officers with drawn weapons ordering vehicle occupants out and on the ground where they are secured. Or, at least, that’s the plan.

During the execution of the stop, Movsessian was focussed on the man in the rear seat the police believed to be their primary target. The suspect dropped his hand towards his hip and Movsessian fired once, striking the suspect. He then dragged him out of the car and secured him. Apparently, at some point in time Movsessian said he was sorry. He recognized the person he had shot was not their target but rather another related drug dealer, a 31 yr-old named Michael Minchin.

Evidence at trial summed up by the trial judge said this: Cst. Movsessian yelled ”Police, show me your hands.”  “He then saw the target in the backseat lean forward, then turn sideways towards the window. Initially he saw that person’s hands in the air and his face pressed against the window.  His face was illuminated by the nearby lighting.  He had his hands in the air, then suddenly he could not see his hands anymore, as he was leaning back. He seemed to be reaching for something, and the officer thought he was reaching for a firearm.”

The search of the suspect and the vehicle turned up drugs but no weapon.

The Independent Investigations Office (IIO) was contacted and an investigation was begun.  Seven months later a Report to Crown Counsel was submitted. It should be noted that Cst. Movsessian never give a statement to investigators as is his right.

The IIO submitted a Report to Crown Counsel some seven months later and it took the Criminal Justice Branch nearly a year later to approve a charge of Careless Use of a Firearm against Cst. Movsessian. How they arrived at that is anyone’s guess. One can only assume it was because of the apology, but that is only a guess.

The judge relied on the evidence of a use of force expert, RCMP Insp. Chris Butler who testified about reaction time for police officers with a weapon drawn and the perception of a threat. Judge Gardner said in judgement, “The summary of the above two points means that officers are almost always behind the action/reaction time curve. If an officer waits until he or she is able to discern with complete certainty that an offender does in fact have a gun, the officer will be shot at 100 percent of the time before they respond.”

The judge also displayed a remarkable amount of common sense when he said, “I also note that this trial has occurred over four days. The submissions of counsel alone lasted more that two hours, an I have not lost sight of the fact the accused did not have that amount of time to decide whether or not to shoot.”

“I have concluded that Cst. Movsessian had reasonable grounds to believe, at the moment he fired his weapon, his life was in danger due to the unpredictable actions of Mr. Minchin. As such, Cst. Movsessian’s actions were not a marked departure from the standard of care of a reasonably prudent officer in these circumstances.”

And with that he dismissed the charge. This is important for the IIO and CJB to understand the decision and the fact Gardner J. took judicial notice of threat perception / reaction times for police and the fact officers have milliseconds to decide shoot/don’t shoot. The fact he also took judicial notice of that when he referred to the amount of time for counsel submissions compared to Cst. Movsessian’s decision to shoot.

One hopes the judge assigned to the charge against Cst. Tait also considers these salient facts as well. One also hopes the IIO reads this decision and thoroughly digests it as they proceed in their investigations going forward. 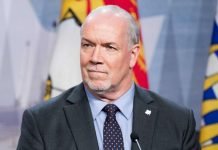 Trans Mountain clears Horgan’s hurdles, now he faces his own 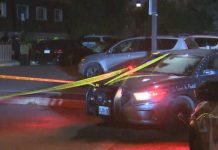