When the RCMP announced at a press conference last week they had made an arrest in the tragic murder of 17-yr.-old Serena Vermeersch in Surrey they initially didn’t the name of the man they had arrested citing a publication ban which they believed was in place. They wanted to. They even delayed the press conference for an hour while they sought clarification from the courts.

They went with the announcement of the arrest but did not provide the assembled media with the name of their suspect while still awaiting a response to their question surrounding the publication ban. (The press conference can be viewed here)

The Officer In Charge of IHIT explained the process when discussing why they were not, at that time, providing the name of the suspect. (It starts at the 2:01:54 mark in the video)

Later that afternoon, at 3:40 p.m., once they obtained the clarification they sought, S/Sgt. Jennifer Pound issued a release identifying Robert Lee Caissie, 43, as the man charged with the murder. At no time did the RCMP say there were not identifying Caissie over privacy concerns as some have reported.

Now that we have that clear, let’s look at some of the other misconceptions that have been tossed about willy-nilly in the media.

Caissie served his full 22-year sentence. As it stands, there is no provision in Canadian law for Corrections Service Canada to hold any offender for one day longer than the sentence provided by the courts. That is why he was out in the community.

What was available within the system, and what was used, is a Section 810.2 application to impose conditions on an offender being released from prison who the police believe is a high-risk to re-offend. This was done. But, the police simply cannot put surveillance on every high-risk offender released by the system. They simply do not have the resources.

What they do is monitor the check-ins as directed and do spot checks to ensure conditions are being followed. It is my understanding that this was how Caissie was breached last January for which he received three months in jail. In point of fact, they did what they should have given the tools they had and what appears to be a first rate job in the homicide investigation.

Criticism of the RCMP in this is simply unwarranted. They kept tabs on Caissie, and many others in their jurisdiction but this did not and could not include surveillance unless they had specific intel that something was imminent. Digest that.

Finally,a few words on the issue of electronic monitoring (EM). BC does not have current GPS EM equipment. Their equipment and processes date back 20 plus years. It is old technology and realistically can only work in a house arrest situation.

Current technology uses GPS and software with geo-fencing to isolate ‘no go’ areas and alarm to a central station if the geo-fence is breached. BC has done nothing to protect the public by updating and using current technology.

That should be the subject of criticism. 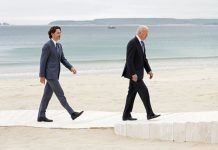 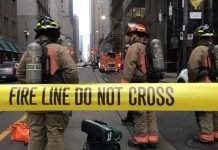 IIO, police at an impasse