Prime Time Crime
Tuesday, January 31, 2023
Home Crime & Punishment Chief wrong . . .again
Calgary Police Service Chief Constable Jack Beaton has suffered yet another defeat in his attempt to stifle any and all criticism of his regime and all that is wrong with that department, with the ruling that the presiding officer in the disciplinary proceedings against Cst. Taufiq Shah lacked the jurisdiction to hear the matter. And that, as a direct result, the five charges against Shah were ” a nullity.”
Beaton will no doubt be apoplectic about this. Right from the get-go he has displayed a ham-handedness in the way he has handled the criticisms levelled by a website, standfirm.biz and its successor, code200.com.
In the Fall of 2004 the website standfirm.biz first appeared and actually lasted only about a week in the public domain. It disappeared almost as suddenly as it had appeared. It was manifestly critical about senior management of the Calgary Police Service, but most especially about Chief Jack Beaton, calling him a “rotten apple” and saying management was corrupt.
About a month or so later, the site re-invented itself as Code200.com, which is the CPS code for Officer needs Help.
Code200 was a little toned down from Standfirm, but the intent was clear – Beaton was the single biggest problem within the service.
Well, as time and Beaton would demonstrate, despite thirty or so years of policing, he had not the typical skin like a rhino hide, but, more like that of an infant recently expelled from the womb. Beaton enlisted the services of a close and former associate, a retired cop earning his crust as a private investigator. And, for some reason, someone to this day who Beaton refuses to identify, instead cloaking his name in all formal documentation by a ridiculous pseudonym. And, to my knowledge, the Chief has never even claimed a reason to do so which makes any sense.
But I digress.
Beaton used a sledge hammer to kill the critical gnat in April of 2005. I won’t regurgitate all the details. (Click on Travesty of Justice plays out in Calgary to refresh your mind.)
On May 3rd, 2005, the officer who was apparently behind the the web site, put his hand up and said, “it was I.” And just to make sure there was no doubt, he did it on the CBC evening news and repeated it in the morning paper.
But Jack continued his witch hunt ( See The bath is getting crowded ) to try and ensure that anyone critical of his ham-fisted regime was hunted down and dealt with. Well, a funny thing happened on the way to the Forum. . . so to speak. The Calgary Police Service and the Police Commission were determined to have broken the law in the way they prosecuted Police Act complaints.
In a nutshell, the legislation says the police have three months from the time the complaint is received until a charge is levied against the officer. Should an extension be required, the police have to apply for an extension to the Police Commission.
In February 2003, Chief Beaton and the Calgary Police Commission decided the legislation didn’t really apply to them and they tried an end run around it when the Police Commission gave an arbitrary three month buffer to the CPS in all cases. Never mind that the statute used language containing the words “shall” and “must”, the supercilious Police Commission and the management of the Police Service decided a simple motion passed by the Commission would negate the legislation. Arrogance? Naivete? I don’t know and neither did the Presiding Officer, Supt. Logar of the Edmonton Police Service. But what he did know is that the abuse of process in the “investigation” of Cst. Shah resulted in the lack of jurisdiction for the presiding officer and the nullification of all charges against Cst. Shah.
But this is not simply the dismissal of charges based on a technicality. Quite the contrary. The process in and of itself has now called into question all of the Police Act investigations since February 2003.
Each and every internal investigation is now in jeopardy in Calgary. And so too are any concluded matters with “findings” against serving members. The damage Beaton has done with his ill-advised witch hunt is substantial. One hopes it wont be catastrophic.
Remind me, why is Beaton still in office?
Leo Knight
leo@primetime.com
Share on Facebook Share
Share on Twitter Tweet
Share on Google Plus Share
Share on Pinterest Share
Share on Reddit Share
Read Full Article

1 man dead, another injured after shooting in Salmon Arm church 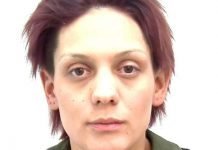 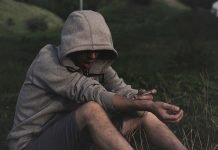 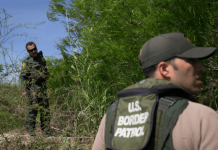