“Let’s work to ensure that consumer anger becomes voter anger and that this is an issue in the next federal election,” said John Williamson federal director of the Canadian Taxpayers’ Federation at the rally.

Considering that taxes from all governments make up about 45% of the price of a litre of gas it seems to be a significant point that relief for consumers would best be provided if the leeches that masquerade as our federal government would back the taxes off even if only a little.

But Finance Minister Ralph Goodale threw cold water on that request when he said lowering taxes would only provide minimal relief. But the kicker is what he followed that up with when he said the money would be better used by Ottawa and poured into federal programs.

Really Ralph? Like what? Another Adscam? Perhaps an expansion of the Gun Registry?

This is exactly the attitude that underlines why this country is in the state it’s in. Why we’re the highest taxed country in the G8 and businesses are taxed higher here than in any country in the world save and except the Communist country of China for God’s sake.

This country needs relief from the Liberals and more of their “programs.”

Throw the bums out 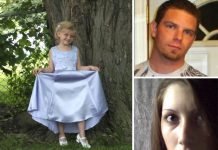 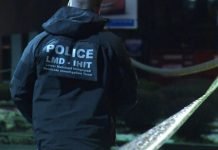 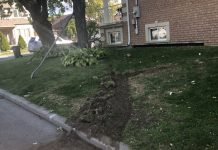 Man gunned down behind the wheel in North York