What really amazes me is that even in disgrace, former Liberal cabinet minister, Quebec party bagman and quite possibly the most corrupt politician this country has ever seen, Alfonso Gagliano, was able to extract a $500,000 loan from an obscure arm of the federal government called Farm Credit Canada to buy a vineyard, apparently.

Gagliano was the central figure in the Adscam debacle which ultimately undid two Liberal Prime Ministers, though both deny that essential and plainly obviously fact. He was also named by FBI snitch and career mobster Frank Lino, as a “made” guy and member of the Bonnano crime family.
Is it true? I don’t know. But I do know that he had much to cozy a relationship with Augustino Cuntrera when he was the accountant for some companies of the family dubbed the “Rothchilds of the Mafia.”  He was also a founding member, along with Cuntrera, and on the executive of a “club” called the Siculiana / Cattolica Eraclea Society in the 90’s.  I also know that Lino had no reason to lie at that point.
Gagliano came out denying it all in the media claiming Italian discrimination.  Really, it’s all a plot against the Italians.  He threatened a lawsuit, but none was forthcoming.  One suspects that was because he could never allow himself to be cross-examined on the question.  Unlike our Human Rights kangaroo courts – oops sorry – tribunals, in civil court the truth is an absolute defence.
Well, the “Godfather” of Parliament no longer has his “walk and talks” out behind the Parliamentary library as he smokes his cigars.  But apparently, he is still able to reach into the bowels of government and extract his “taste” as needed.
Leo Knight
primetimecrime.gmail.com
Share on Facebook Share
Share on Twitter Tweet
Share on Google Plus Share
Share on Pinterest Share
Share on Reddit Share
Read Full Article 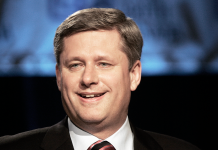 Martin just doesn’t get it