Prime Time Crime
Friday, December 2, 2022
Home Crime & Punishment Botched investigation leaves everyone wanting
The RCMP are a proud organization. Sometimes too proud. I say this as a former member who has never shied from praising the Force when they have done well. And I have certainly taken my fair share of criticism when I have identified times when I have been not so proud of what they have done.

Certainly, the Force has taken a beating in the wake of the O’Connor report into their handling of the Arar affair, with the baying media hounds screaming for the scalp of Commissioner Giuliano Zaccardelli.

Now, I suppose I should add that I don’t subscribe to the nit-picking done by Mr. Justice O’Connor. I also don’t subscribe to the “poor innocent me” nonsense spewed out by Arar. Whatever the RCMP can be criticized for in their handling of that file, there is no doubt that they had every right to be suspicious of Arar and he is not the innocent victim that he portrays himself to be.

Having said that, the Mounties booted the internal investigation relative to the constable who was accused of having sex with underage prostitutes in Prince George, Justin Harris.

Harris was never charged criminally with anything largely because there was never any evidence to substantiate a charge. But cops have to meet a higher standard and internal discipline charges were brought against him essentially for that wonderful catch-all, conduct unbecoming a member.

Without regurgitating the salient aspects of the allegations, levied by what can only be charitably described as “questionable sources,” Harris challenged the formal tribunal convened under the auspices of the RCMP Act, saying they failed to bring the action against him within the prescribed one year time frame the guiding legislation requires. The sitting tribunal really had no choice but to grant a dismissal given the facts in the case and the timeline involved.

Without question the RCMP knew of the allegations long before they were brought against Harris. In point of fact, they brought in their so-called “Anti-Corruption Unit” and they commenced investigations into the lives of as many as, nine serving police officers. Wives, girlfriends, family members were all questioned without regard as to whether the allegations were actually true.

Lives were damaged. Reputations ruined and all without a scintilla of proof. And, at the end of the day, nothing. Just a half-hearted attempt to bring a service court offence against a constable years after the fact and long after the allegations were raised.

It was amusing to watch the media hordes scramble to interview Cameron Ward, the anti-police legal crusader. Ward scoffed about the police protecting their own and how the member got off on a technicality. Funny, I’ve never heard Ward, nor any other member of the defence bar for that matter, complain when they get murderers and rapists off on technicalities . . . time after time after time.

The witch hunt got the RCMP nothing in this and in the process, a hell of a lot of trouble was caused in the private lives of several members. I don’t condone breaches of the law or procedure by police officers, but neither can I support the manner the RCMP went about this either.

HPD sergeant killed, another wounded in shooting in southwest Houston 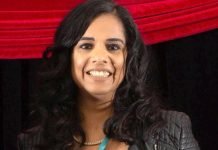 Cops back from Cuba, no thanks to Canadian government 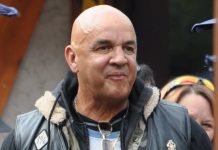 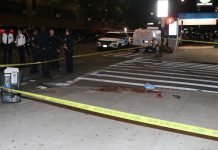 Man walking his dog shot and killed in Harlem

IIO complaint nothing but sour grapes