Prime Time Crime
Monday, January 30, 2023
Home Crime & Punishment Better late than never
The ink was barely dry on a column I published last night wondering how the Liberal Party of Canada would handle the revelations about West Vancouver-Sunshine Coast MP Blair Wilson when, scant hours later, the Libs announced on their web site that he was done. And no, I am not claiming there is any connection. I’m just surprised at the speed of it.
During the Jean Chretien era, allegations such as this would have been met with denials, obfuscation and more denials until the country lost interest or got pummelled into submission. Not this time it seems.
Although, I am a little surprised that the Liberal Party is claiming that this is the first they have heard of allegations of impropriety about Wilson. I first wrote about him in January of 2005 and Terry O’Neill wrote on the subject in the Western Standard in the spring of 2006. So it is a little disingenous to claim this is new. But, better late than never I suppose.
Wilson should never have been the MP for West Vancouver-Sunshine Coast. There was more than enough information about him as a business failure and alleged con man going back into the ’90s. But, for the Libs it seems none of it matters until it appears as a front page story in the mainstream media.
While I applaud the action taken by Stephane Dion, it is still long overdue.
Leo Knight
leo@primetimecrime.com
Share on Facebook Share
Share on Twitter Tweet
Share on Google Plus Share
Share on Pinterest Share
Share on Reddit Share
Read Full Article

‘An insult to all Canadians:’ Committee report on rural crime lacking

Saudi Air Force trainee condemned US as ‘nation of evil’ in... 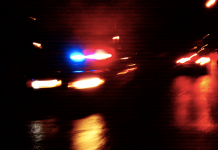 Half of Canadians worried about increasing crime, while confidence in justice...