Since the inception of B.C.’s Independent Investigations Office (IIO) I have been critical of them for a variety of reasons primarily surrounding their competence, or lack thereof more accurately. The IIO, for its part, has defended their woeful lack of training with, well, spin.

As an example, investigators with the IIO don’t do any Use of Force training. They sit in on some classes when they spend their time at the Justice Institute (JIBC) but they don’t actually take the training. Yet, their primary focus is to investigate incidents where police officers have used force resulting in serious injury or death.

Think about that. How can they possibly investigate incidents if they have no idea, for example, how difficult it is to take someone into custody who doesn’t want to be handcuffed? How can they investigate an officer involved shooting if they haven’t had any firearms training, let alone any Shoot / Don’t Shoot scenario training?

They claim they follow the Major Case Management model but have no one who is board-certified as a Team Commander as mandated in the model.

And there’s so much more.

Regular readers will recall that Vancouver Police Chief Constable Adam Palmer sent a letter to the IIO in which the Chief said this, “Changes need to be made to the IIO’s current practices to improve the relationship between the IIO and the police. The VPD has two principal concerns. The first concern is what appears to be the IIO’s lack of investigative competence. The second concern is the rigid position the IIO has adopted regarding pre-interview disclosure which has led to unnecessary friction and distrust between the police and the IIO. These concerns need to be addressed given the importance of independent police oversight to maintain public trust and accountability.”

It would seem that Palmer got the government’s attention. Last week the Director of Corporate Services for the Ministry of Justice, Vicki Yeats issued two Notices of Intent To Direct Award a Contract. The first is to Don Adam Consulting for a value up to $20,000 to provide “Investigative Interview Training”.

I have no issue with that. Adam is one of the best in the business in that subject matter. My only question is what took so long? This should have been done out of the gate five years ago with in-service refreshers. It’s a critical skill set for investigators and should be mandatory for anyone investigating a major case.

The other is to J. Boyle Consulting Services out of White Rock in the amount of $85,750 for 3 months work for the “Creation of a Certified IIO Investigator Program.”

Five years in and they have only now decided they needed to create a training program for an IIO investigator?

Now I don’t know who J. Boyle Consulting Services is, and neither Google nor LinkedIn offered up any assistance. But, since it is a Direct Award one assumes he or she knows what they are doing if the award to Adam is any indicator. And, I suspect it is likely Joanne Boyle who retired fairly recently as an Inspector from VPD. She does have major crime experience and is the most likely to fit that bill.

I have been saying for a couple of years now that the government owns this mess that is the IIO. It would seem they are finally realizing it and are taking steps – albeit baby ones – to try and fix the mess.

I am also told that a new Chief Civilian Director has been selected in the head-hunting process. Good. But they haven’t announced a name yet and that is not good. The people of British Columbia, and the police officers who serve them, have the right to know who is being put in the position to try and lead this flawed organization out of the wilderness.

It’s a matter of confidence.

Arrest made in Calgary nightclub murder 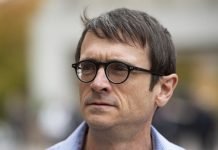 How a high stakes gambler set authorities on the trail of... 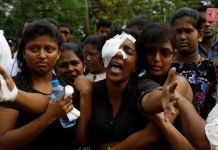 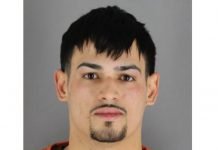 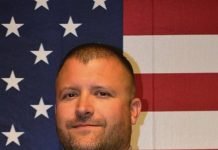