I’m a little puzzled by these incessant demands for a public inquiry in the Air India case.

Are they hoping to find out who did it? Trust me, Malik and Bagri are intrinsically involved in the conspiracy in my opinion even if the courts ruled the Crown did not prove its case. It’s a far cry from being adjudicated “innocent.” In Scotland there is a third verdict available called “Not Proven.” That might have been a far better verdict in this case.

What else might they learn? That CSIS and the RCMP didn’t speak to each other? Wasn’t that the very reason for the creation of CSIS? Because the MacDonald Commission decided the Mounties handling federal law enforcement and national security was a clash of interests.

Everyone’s so concerned about the destroyed wiretaps. They should perhaps have a look at the legislation governing CSIS. The agency took the action the law requires of them. So what else is there? What other reasons are there to waste $20, $30 or 40 million?

Certainly, there are none that I can think of. Any suggestion by some of the members of the Indo Canadian community that the result might have been different had the majority of people in the plane been white is ludicrous in the extreme. Especially when the purveyors of that argument throw in the “R” word.

If anything, some credence might be given to he argument but only because another community likely would have cooperated more fully with the investigators than the Sikh community did in the months and years immediately following the terror attack on Flight 182.

The RCMP did what they could in all of this. The Crown did their best given the limitations of an uncooperative community. And, the right people were in the dock. One wonders what might be learned by calling an expensive and redundant public inquiry.

Arrest at Alberta Legislature is counter to the right to peaceful... 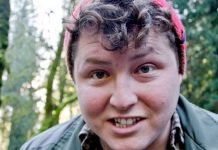 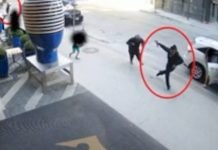 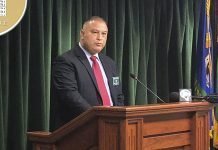