US President Barack Obama is many things.  Unfortunately, one of those things is not being a good President.  In fact, he may well go down in history as one of the worst, if not the worst, presidents to hold the office in history.  And yes, in saying that I have considered the tragically ineffectual administration of Jimmy Carter.

Obama has been in office for three and a half years and has done little to improve his nation’s struggling economy, the jobless rate or indeed, the prospects for America in the years ahead. Never mind the security of the world given his fumbling of the Iran nuclear issue or the uprising in Syria. His kissing up to the Islamic world while thumbing his nose at the Israelis undermines decades of American foreign policy.

He has done what he could to enrich his supporters such as the environmentalists and the unions.  Quick question: Who has visited the White House since Obama has been in office the most?  The SEIU President has been a guest of Obama over fifty times in three and a half years. Now considering the SEIU gave Obama almost $30 million for the 2008 campaign one has no difficulty seeing access to POTUS as the reward.

In the 40’s and 50’s there was a saying, “What’s good for General Motors is good for the USA.”  Obama seems to believe the saying should be, “What’s good for General Motors’ unions is good for the USA”
Knee jerk statements based on his own prejudices were evident early in his Presidency with the incident involving the black Harvard professor getting arrested by the white police officer for breaking into his own house.  Obama’s statement about the white cop jumping to a conclusion based on the race of the professor was plain stupid and led not to an apology to the officer involved but to the so-called “Beer Summit” where Obama hosted the cop and the prof to a knees-up on the lawn of the White House. At no time did the Harvard professor or Obama admit they were wrong and the cop was right. But oh well, it was a good photo-op.

Then there was the shooting of Trayvon Martin by George Zimmerman.  In the immediate aftermath, without knowing any of the facts, Obama showed his own racism when he said, “If I had a son, he would look like Trayvon Martin.”

The facts that have emerged seem to indicate that Martin was up to no good in a strange neighborhood and instigated the attack on Zimmerman, slamming his head into the pavement before getting shot by a man trying to save his own life. Well, no point in letting the facts get in the way of a perfectly good opportunity to further divide the country.

This is not a leader.

A leader puts the country before himself and tries to unite groups at odds with each other or in crisis.  You know, like George W. Bush did when he stood on a pile of rubble at Ground Zero with a firefighter and said ad lib into a hastily provided megaphone, “Can you hear me now? The people that knocked down these buildings are going to hear from all of us soon.”That was a singular moment when a real leader seized the moment to rally a wounded nation. Obama?  No, not so much.
Oh, he can give a speech all right. Just ask him a question and you’ll get a speech.  He never says anything of substance of course.  But he’ll give you a great speech.

So, now he is in an election campaign again, asking the country for a second term. The cynical among you might ask why? After all, what has he accomplished in his first term?  What has he done to warrant getting another four years as the Leader of the Free World with all the power, privilege and responsibility that entails?

Good questions all and ones I cannot answer.
Apparently Obama doesn’t know the answer to those questions either based on the way the campaign is looking since Mitt Romney became the presumptive nominee.  Obama is playing small ball. He isn’t talking about issues but he is on the attack with vicious ads accusing Romney of everything from being a felon to killing the wife of a man who died of cancer years after the man lost his job.

In 2008, Obama won the hearts and minds of many Americans with his message of Hope and Change.  He promised to change the way business is done inside the Beltway.  In fact, he has not changed a thing and has practiced the most corrupt of the practices he pledged to change with his relationships with the unions, most especially the SEIU.  He isn’t talking about issues or his record.  And for good reason. He appears bereft of ideas and his record is empty of anything meaningful?

Whatever happened to Hope and Change? His current campaign seems more hypocritical than anything else. His fight against “business as usual” in DC has become “business as usual in hyper-speed.”
He has divided the country on domestic issues and alienated America’s closest allies abroad.  Seriously, why would anyone vote to give Obama a second term?

How police confusion and a killer’s duplicity led to ambush 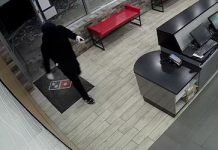 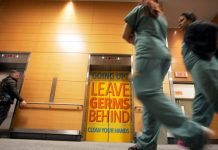 COVID-19: The latest guidance for Canadians on travel, quarantines and what...