Prime Time Crime
Saturday, August 13, 2022
Home Crime & Punishment A long, hot summer
Sorry I haven’t posted for a while, but I have just returned from a most welcome respite golfing the fine tracks in the Okanagan. But the nose is firmly back on the grindstone now.
I couldn’t help but notice the news today that the black-clothed buttheads have resurfaced in Edinburgh and wasted little time in attacking the police deployed in the annual charade that surrounds the G8 meetings.
Wait for it. Today’s clashes were only the beginning. Gleneagles is, unfourtunately a little too close to civilization to be holding the annual meeting of the leaders of the free world.
This has become an all too frequent event and the accompanying riots are too much to take. And watch as the mainstream media refer to the anarchist buttheads as “protestors” as though they were there to actually there to do anything but attack the police and then whine like petulant children when they get what they were asking for – a proper ass kicking.
Remember Svend in Quebec City? “Waaaaahhhhh . . . a rubber bullet put a hole in my pants!”
Now, don’t misunderstand me, I don’t give a fig when they get their ass kicked nor do I care that they get it at all. What I do care about are the cops on the front lines who have to exercise all possible restraint as these perfectly good examples of oxygen wastage plan their mayhem while the media plays along instead of calling it what it really is.
From the petrol bombs, the tire irons, the rocks and bottles, the cops are going to see it all. And when they take action you will listen to the poor “protestors” whine and whimper about the brutality exercised by the men and women paid to protect society. And the media will eat it up.
Oh yes, I’ve seen it all before. . . APEC, Seattle, Quebec City, Genoa. The story is always the same. Only the locations change. When it didn’t happen was at Kannaskis. It was too remote with security controlling the access so that the buttheads would have had to befriend a grizzly bear to get near. The attempts that were made in Calgary were thwarted by the excellent efforts of the Calgary Police Service to, literally, cut ’em off at the pass every time a stunt was attempted.
Oh yeah, and there was the meeting in China where none of the buttheads showed up because there, they would have really met with treatment unlike anything they now claim as police brutality. 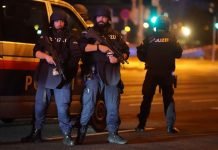 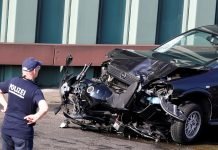 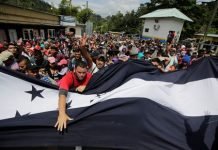 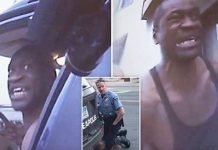