BC’s Minister of Housing, Rich Coleman is proposing new legislation that allows police the authority to force a homeless person into a shelter in times of particularly inclement weather.  Well, I guess it’s a start.

But realistically, the situation is getting absolutely dire on our streets as they are gradually being taken over by what are euphemistically called “the homeless” in our ever-so-correct society.

I was listening to the Bill Good show on CKNW this morning and one caller referred to his weekend sojourn to Gastown.  He described people urinating on the street nearby the cruise ship terminal amongst other horrors.  He said it would be a long time before he and his partner returned to Gastown.

This is nuts.  Gastown is the cradle of history for Vancouver and the local business association has done yeoman’s work to try and make Gastown the tourist area it richly deserves to be.  But they are continually handcuffed by the poverty pimps who are convinced that homelessness, addiction and indeed, pissing on the side of a century old tourist attraction is a right.

This is what we have reaped from the seeds sown by our permissive, liberal society.

The “homeless” may well be without homes in most cases.  But, the reality is that these people are the most marginalized in our society, victims of significant mental health issues for the most part which is exacerbated by adding addictions such as crack cocaine or heroin.  The politically correct term in vogue today is “dual diagnosis.”

But much of the problem has been caused by the political left and their social engineering.  The problem with any idea born of good intention and generally applied, is the resulting unintended consequences.  Such is the case with closing down the mental health institutions for all but the most severe of the insane.

The test for the police, as things sit in jurisdictions across the country, is the person a threat to themselves or others?  If so, the police may apprehend and take the individual to the nearest ER with a Psyche Assessment Unit (PAU).  Once there, they must sit and wait, often for hours, until the patient is assessed by physicians who sign off that the person has taken a little trip on the dis-Oriented Express and the hospital will take custody of the individual for what is usually only a relatively short period of time.

But that is only for those who are an actual danger to themselves or others.  This is the revolving door on our mental healthcare system.

The original idea, as I understand it, was to allow those who posed no danger to be released into the community with the intent of helping them integrate into society.  We formed community mental health teams who went around trying to manage this Sissyphean task. This was in the enlightened 70’s.  Unfortunately, society is still paying the costs of that particular piece of nonsense.

There is no question that the sanitariums of the 40’s, 50’s and 60’s were houses of horror in their own right.  Read Ken Kesey’s “One flew over the cuckoo’s nest” to gain that understanding. But allowing folks who, for a variety of reasons, are incapable of caring for themselves out into the community out is, in itself, insane.

As an example, there is a female resident of a SRO hotel in the Gastown area who is frankly, nuts, to use that less than clinical description.  I may not be a shrink, but I know nuts when I see it.

At any rate, the law of unintended consequences is aptly demonstrated in her case.  Since the so-called Supervised Injection Site (Insite) opened in the 100 block of East Hastings in Vancouver, she has become a heroin addict when she was not “dual diagnosis” before that.

Well, the trendies and the hand-wringers who were convinced the SIS would save hundreds of lives of junkies who were overdosing, began referring to the SIS as the “Safe Injection Site.”

Oh that’s alright then. If it’s safe, so she thought, she could go there and be “safe.”  Of course this necessitated her using heroin in order to be safe.  And so she became a heroin addict to go along with her existing paranoid delusional / schizophrenic state and all the while, she was being watched over by well-meaning provincial government workers.

The poverty pimps try all manner of spin to make you think they are doing good things with these folks.  Look at the term “Needle Exchange.”  The next time a dirty needle is exchanged for a clean one will be the first time.  It is a needle dispensing system and nothing more.  Walk around the streets of the Downtown Eastside or Strathcona in Vancouver, 97th St. In Edmonton, 10th Ave. in Calgary or the Church and Jervis area in Toronto and you will find evidence of this littering the curbs, parking lots and unfortunately, even school playgrounds.

We don’t want to risk a junkie getting HIV so we shovel needles off a truck, only to risk the health of an innocent child?  Another one of those unintended consequences I suppose.

Coleman is on the right track with his effort which will have the hand-wringers setting their hair on fire.  Bet on that.  But the reality is that Coleman’s initiative is only a half-measure.  Unless and until governments across Canada reopen secure containment and treatment facilities for the mentally ill, this is little more than a band-aid on an axe wound. 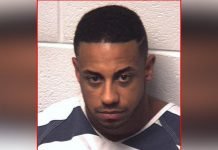 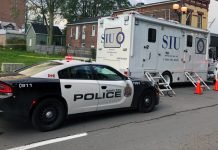 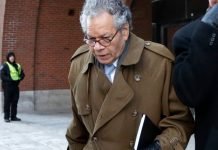 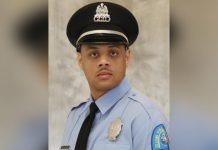