Prime Time Crime
Wednesday, February 8, 2023
Home Crime & Punishment A F***ing travesty!
The aquittal in BC Supreme Court yesterday of Hells Angel Glen Jonathan Hehn is outrageous. Justice Peter Leask further outraged the public by using profanity during the closing arguments of prosecutor Ernie Froess. And not just profanity. He chose to defy logic when doing so.
Froess submitted that the locker where a large amount of cocaine was located had been rented by the accused, Leask said: “But to be really clear, he’d have had to have been out of his f. . .in’ mind to store it in his own locker, all right? I mean, that’s for sure he wouldn’t do that. Let’s not spend any time on that theory.”
Theory? One has to ask if Leask is out of his mind. Or perhaps someone got to him in a different way? Perhaps a suggestion was made to Mr. Justice Leask that caused him to defy logic in what should have been an air-tight case?
I don’t know and can only guess what caused Leask to acquit in this case. Whatever it was though, it resulted in a f***ing travesty of justice.

Two killed in shooting outside synagogue in Halle, Germany 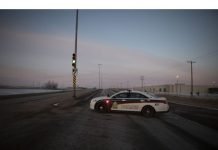 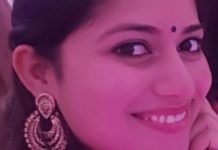 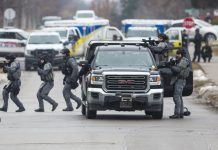 Suspect who shot at police, in custody after armed standoff in...