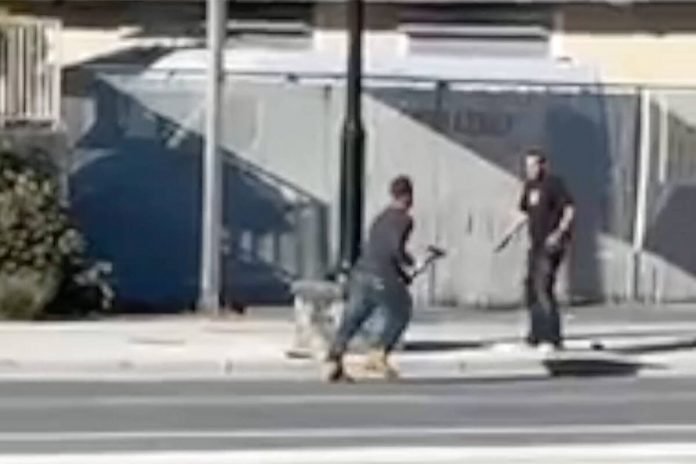 In the late evening hours of Monday evening, residents of Maple Ridge, B.C. were treated to the sight of a man wielding an axe against another man in the downtown area.

The RCMP were called and separated the two men. Apparently, the RCMP determined the incident was “consensual” and no charges were laid.

Consensual? How in the world does the man being chased consent to a fight with a man with an axe?

There is citizen journalist video of at least part of the incident and it is clear the man who “consented,” according to the RCMP, was running away from the man with the axe, evidently not consenting. It is also clear that when the men were in close proximity the man with the axe was swinging it in an apparent attempt to hit and injure the other man. I failed to see the “consent” as he endeavoured to ward off the blows.

“Police responded to a report of two men fighting on Monday night in the 222000 block area of Lougheed Hwy. Upon police attendance it was determined the fight was consensual between two men known to each other. No significant injuries occurred and an axe was seized. Both parties were uncooperative with police and not interested in police assistance,” said RCMP Insp. Adam Gardner to the media.

It’s hard to know where to start with that bit of nonsense. A number of charges in the Criminal Code apply in this case not in the least being in possession of a weapon for a purpose dangerous to the public peace. (Sec. 88).

The cooperation of either man is simply not applicable for the police to forward that to Crown Counsel after arresting the man with the axe. It simply doesn’t matter if the police have a cooperating witness. It only matters if there was a weapon, the axe in this case, and whether running down a downtown street with it, swinging it at another man was dangerous.

Then there is the assault component. Among other charges that could have been pursued. But the RCMP chose to let the matter go without any charges.

In my view this is malfeasance on the part of the RCMP. They have a job to protect all the citizens of Maple Ridge. Running down a downtown street amid pedestrians and shoppers with kids wielding and swinging an axe is a danger to all those citizens and the RCMP in this instance failed to do their duty.

Crime is rising sharply in general in Maple Ridge. It is the role of the police to try and keep a lid on rising crime and do what they can to lower those numbers to protect the citizens of their community.

Not arresting and charging perpetrators of crime sends the message the behaviour is okay.  Much like allowing allowing a puppy to pee on your carpet. If there are no consequences for bad behaviour, it will continue. Apparently swinging an axe at another person is now okay in Maple Ridge.

The RCMP have much to answer for in this country. The leadership is currently under investigation by the OPP for obstruction of justice. But that is at a much different level. Albeit, it just might be indicative of the national police force turning a blind eye to criminal behaviour in Canada whether at its most senior level or on the streets of cities they are contracted to protect.

There is something very wrong with this organization. 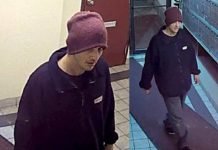 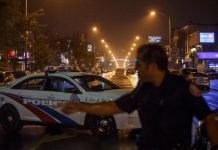 ‘Nothing to see here, folks’: What Canadians are increasingly being told...

Another good cop held down