Prime Time Crime
Wednesday, February 8, 2023
Home Crime & Punishment A dubious decision
Every now and again a court renders a decision that would appear, for all intents and purposes, that the members of that court have lost whatever touch with the reality to which they might have, at one time, laid claim.
And then there’s the Manitoba Court of Appeal and their incredible – no, unbelieveable – decision, as reported in the Winnipeg Free Press (Hells Angel allowed to chat with biker buddies, says high court), in the case of Hells Angel Shane Kirton who had pled guilty to an unprovoked, vicious assault on an unsuspecting bar patron. And not, I might add, his first go ’round with the law.
But, back to the decision at hand.
The Court of Appeal overturned the decision of Queen’s Bench Justice Holly Beard to impose conditions on Kirton that he refrain from contact with his brother Hells Angels for the duration of his probation. Apparently, according to the Appeal Court, that condition infringes on his right to freedom of association guaranteed in the Charter of Rights and Freedoms and that the lower court should not have taken judicial notice that the Hells Angels are a criminal organization.
Chief Justice Richard Scott said, “It is hard to escape the conclusion that the sentencing judge was led astray by her preoccupation with the accused’s involvement with the Hells Angels.”
Oh? And why would she not? They have been found to be a criminal organization by superior courts in Ontario and British Columbia. The presumably well-read justices of the Manitoba Court of Appeal seem to have not read those decisions or a plethora of books written on the subject. There is simply no basis for them to assert that the lower court judge “could not” take judicial notice of that.
Equally, the Court of Appeal seemed to be fixated on the fact that the assault was committed when Kirton wasn’t wearing his Hells Angels patch and therefore wasn’t using his affiliation with the outlaw motorcycle gang in committing the assault. In doing so, the Court of Appeal demonstrated they have a profound lack of understanding of the Hells Angels.
Kirton was wearing clothing that clearly showed he was a member of the Hells Angels, who exist and further their individual criminal enterprises using intimidation fostered by an image which has been carefully cultivated. That the Manitoba Court of Appeal failed to recognize this demonstrates either their ignorance of reality or their complicity with, or corruption by, the biker gang.
The bottom line here is that the Hells Angels have been determined to be a criminal enterprise in BC and Ontario by superior, not provincial, courts. Gangsterism prosecutions have been filed across the country. To suggest that a convicted member of the Hells Angels, on probation, should not be limited in communication with other members of an ongoing criminal enterprise is blatently stupid or utterly corrupt.
There is no other possibility that I can see. I wonder which it is.
Leo Knight
primetimecrime.com
Share on Facebook Share
Share on Twitter Tweet
Share on Google Plus Share
Share on Pinterest Share
Share on Reddit Share
Read Full Article

Florida gun owner who claimed self defence convicted in ‘Stand your... 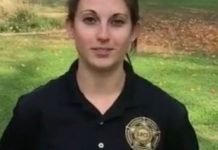 Shooting suspect watched officers on cameras as he fired 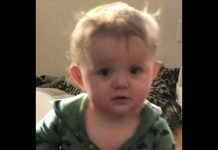 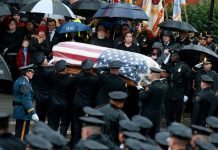