Prime Time Crime
Monday, November 28, 2022
Home Crime & Punishment A deal done
Today StandFirm webmistress Jann Vahey signed off on a negotiated deal to end the civil action taken against her by Calgary police chief Jack Beaton. Essentially, she signed a letter apologizing the the members of the Calgary Police Service if anything said on the original Stand Firm website offended anyone.
Later this afternoon, media lawyers successfully argued the case for unsealing the Anton Piller order and related documents. The “gag” order on Vahey has also been lifted and she is now able to speak to the media. I have also learned that she will be seeking further investigation into the allegations of racism, cronyism and other matters she had been airing on the internet. Vahey is also seeking an audience with Alberta Solicitor General Harvey Cenaiko with a view, she says, to generating interest in a public inquiry.
Vahey says she was pressured into signing the deal because there was a fixed time line to have the deal done of noon today, two hours before the hearing began to unseal the file. She may call it pressured, but to me it sounds a little more like blackmail. Any “do this or else” has that connotation.

And in the end it was the “or else” that forced Vahey’s to acquiesce. She could have fought the chief and his ham-fisted ways but the legal bill to do so would have forced her into the poor house. No such bother for Beaton though, not with the good citizens of Calgary funding his vendetta.

Not opened by the courts though were the affidavits illustrating the investigative process utilized by Beaton and his bully-boy tactics. Why, is an interesting question.
It could be because Beaton needs to conceal the methods employed to “out” Vahey because they may have been questionable. It leaves us to wonder if the resources of the police were at any time used in this civil matter or indeed, if any illegal methods were used to identify Vahey. We don’t know, for example, if any private communications were intercepted.
According to one reporter present at the hearings one of the reasons is because there are further Anton Piller orders being contemplated. Really!
If true, look for some cops to get unwelcome knocks at their doors. So too, according to one source, a prominent member of the broadcast media who interviewed four officers in shadow in a CBC news report. Evidently, the shadow may not have been enough to protect those men from the vendetta-driven chief.
The agreement may have been signed off by Vahey and Beaton, but the witch hunt is far from over it seems.
A real leader would recognize there are problems and morale issues. A real leader would immediately start a process to heal the divisions and fix the problems. A real leader would engage all the stakeholders in the process and get buy-in from all affected parties. But, that’s what a real leader would do.

I’ll leave you to decide if engaging in a vendetta against critics by a man in a high public office is an example of a real leader. 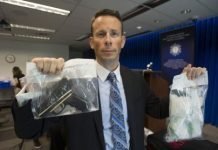 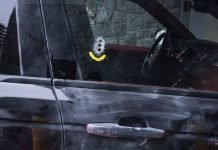 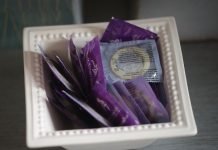