News of the imminent departure of the Chief of Investigations of the Independent investigations Office (IIO) John Larkin was broadcast to staff of the IIO last Monday morning. Curiously enough, staff coming to work also noticed that the office of Director of Investigations Allison Hemming-Cook had apparently been cleaned out on the weekend. Her status seems murky.

Staff think she’s on sick leave. If so, why clean out her office? Hemming-Cook says she is returning on June 20th following her impending marriage and honeymoon apparently to well-known Vancouver lawyer Monty Carstairs, QC. Which sounds like a vacation not a sick leave.

I tried to get clarification from Marten Youssef, nominally the Acting Director of Communications for the IIO. All he would provide was the vanilla response, “The IIO will not be providing comment on any personnel matters.” What that triggered, instead of a clarifying communication to the staff, was an email saying the word had gotten out and Youssef got himself on the news that night to try and spin his way out of my questions.

So, the staff there are left in the dark. Is there an open slot for a new Director of Investigations or isn’t there? If it’s a sick leave, how is it that a finite date for return has been set as stated by Hemming-Cook? The word in the office is that she was told in no uncertain terms to take sick leave. Whatever the reason, staff relations there appear to be the messiest they have ever been.

It would seem that Larkin and Hemming-Cook have worn out their welcome in that office. There is a union grievance filed against Hemming-Cook and several sources have told me that she and Larkin’s replacement, retired Asst. Commissioner of the Queensland police, Gayle Hogan, were at odds with each other. Hate is a strong word and I hesitate to use it, but I have been told they “hate” each other. I make no evaluation, but what’s clear in that is there will be a rocky road ahead if she returns following her honeymoon.

All of this follows a blistering letter sent by Vancouver Police Chief Adam Palmer two weeks ago in which he questioned the competence of the IIO. The Chief wasn’t mincing words. He said, “Changes need to be made to the IIO’s current practices to improve the relationship between the IIO and the police. The VPD has two principal concerns. The first concern is what appears to be the IIO’s lack of investigative competence. The second concern is the rigid position the IIO has adopted regarding pre-interview disclosure which has led to unnecessary friction and distrust between the police and the IIO. These concerns need to be addressed given the importance of independent police oversight to maintain public trust and accountability.”

Well, it would seem that changes are being made although it remains to be seen if these changes will be enough to satisfy the VPD and the Vancouver Police Union who have all but declared war on the IIO.

The question of competence of the IIO is a major concern for all police departments in the province including the RCMP. I have documented many instances underlining the apparent lack thereof over the course of the past four years.

There are many reasons why. Part of it was Larkin. He was, as described by Palmer, adversarial without question. He set the tone when he stated the IIO started every investigation believing the officer involved has committed a crime and work back from there. That, in and of itself, is incredibly unprofessional and anathema to any real investigator who knows his or her job is to find the truth about what happened not enter it with any pre-conceived notion about what occurred.

Part of it is turnover, lack of training and despite protestations to the contrary, the inability to meet the BC Provincial Policing Standards. They are after all, a police agency.

Section 1 of the Standards says this: “The chief constable, chief officer or commissioner must ensure that:

(b) Primary Investigator; and

It goes on to say this:  “The chief constable, chief officer, commissioner or chief civilian director must ensure that:

(a) Has experience relevant to the type of investigation; and

(b) Meets each of the following criteria:

(i) Successful completion of a provincially-approved Team Commander training course;

(ii) Previous experience in the role of Primary Investigator or File Coordinator;

(iii) Previous investigative experience in a supervisory or management role; and

perform the duties of Team Commander.”

Aye, there’s the rub. The CCD MUST ensure the Major Case Management model is followed and MUST ensure a Team Commander is designated who meets the criteria as stated. At this point there is not one person in the IIO qualified to be a Team Commander which involves not just training but accreditation by a provincial board made of senior police investigators who evaluate the applicant’s major case experience.

About a year or so ago, Delta Police Chief Constable Neil Dubord wrote a letter to the IIO demanding they are held to the same investigative competencies as members of his department. I am waiting to confirm, but I am told he has not, to date, received a response.

Nor has the Delta Police Union who requested a review of the fatally-flawed investigation into the shooting at the Starlight Casino which resulted in 2nd degree murder charges against Delta Police Constable Jordan McWilliams, of which I have written much.

I specifically asked Youssef how many people at the IIO had Major Case Management certification and this was his response: “The IIO operates under an MCM framework and investigations are based on that model.”

Well, that was clear as mud.

The reality is that even though the IIO endeavours to follow the model as is required by the Director of Police Services for the province, they simply cannot meet the standard inasmuch as they have no accredited commanders and precious few who have had the investigators’ course.

Is it any wonder that Palmer, whose department follows the Provincial Policing Standards is lacking confidence in those who are responsible for investigating his officers and expecting them to get a fair shake?

Any which way you look at this, four and a half years into this, this is a mess. Perhaps, in the words of a former IIO investigator I spoke to today, “This is the messiest it’s ever been.” 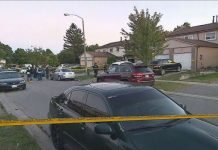 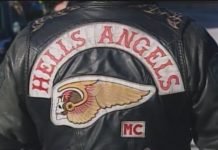 Cabinet minister’s tormentor back in jail 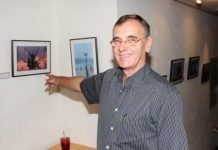 Retired Quebecer found slain at his residence in Mexico

Doing what is right