Whatever else we may have learned from the truckers’ convoy protests in Ottawa is that Justin Trudeau is an incredibly weak leader. Not that much of a surprise I know, but he managed to remind us and to underline it in the starkest of terms.

In the first instance, the Prime Minister said when he triggered the Emergencies Act that after three weeks the government had run out of options and therefore he had no choice but to take that action. The Emergencies Act is a mid-80’s replacement for the War Measures Act used by his father in October of 1970 to fight against the Front de libération du Québec (FLQ).

For three weeks the truckers blocked Wellington Street in front of Parliament Hill. The protest was marked by horn honking, singing and things like bouncy castles and BBQs. It was more like a block or tailgate party that lasted three weeks. Families were drawn to the area and no significant incidents occurred at all.

Contrast this to October of 1970 when there were dozens of bombings across the Island of Montreal and its suburbs. The bombings occurred over a period of weeks in mailboxes frightening Montrealers half to death. The FLQ then kidnapped the British High Commissioner (Ambassador) James Cross and then the provincial Finance Minister Pierre Laporte.

Laporte’s dead body was found in the trunk of a car at the airport in St. Hubert on the South Shore. With no sign of Cross and one dead cabinet minister, then Prime Minister Pierre Trudeau triggered the War Measures Act which had only been used twice before, in WWI and WWII. Trudeau was widely criticized for this action which put the military on the streets enforcing a ten p.m. curfew. It also suspended the Bill of Rights and allowed police and the military to enter businesses and homes without warrant and arrest anyone they wanted to suspending habeas corpus.

Trudeau’s use of the War Measures Act resulted in his use of the “Just watch me” phrase in response to a reporter’s question asking whether he was serious about using such a radical move.

Justin Trudeau, on the other hand, said he had exhausted all other options. Which itself was a blatant lie. Neither his government nor the Ottawa Police did anything to try to end the situation  save seizing some jerry cans filled with diesel from some folks bringing the supplies to the truckers.

At no point was any attempt made at setting up a dialogue with the truckers to try and find a solution to the situation.

I just can’t understand this lack of effort by the police at the very least. Without any dialogue being started all the police could do was stand around their perimeter. Granted some officers did talk personally with protestors. There were photos and videos of police hugging protestors, dancing with them and joking. This went on for three solid weeks with no attempt at initiating a dialogue with a view toward finding a solution. For that alone Ottawa Police Chief Peter Sloly should have been fired.

Steve Bell, a deputy chief was made interim chief. He did nothing useful either except threaten protestors.

Both Trudeau and Bell tried to tell us they needed the Emergencies Act to break up the protests and clear the streets. This was another lie.

The Ontario Highway Traffic Act gives police full authority to clear any roadway and that authority was not used. Instead Trudeau triggered the Emergencies Act which by definition was designed to be used for an actual national emergency. Which, of course, this was anything but.

Over two days last weekend the Ottawa Police with reinforcements provided by police agencies from as far afield as Vancouver, Toronto, Durham Regional, the RCMP and the Sûreté du Québec.

For the most part the crowd control unit comprised of the joint forces did their job appropriately. There were of course some notable exceptions. In one, an officer appeared on video using the butt stock of a riot gun to strike a person police were struggling to restrain.

If an arrested person is non-cooperative, police are trained to use strikes with either a fist or a knee to get compliance. It is never okay to use the butt stock of a rifle to accomplish this task.

That doesn’t mean it is lawful for police to beat someone. They are only allowed to use as much force as is necessary to effect their duty. But they are allowed to use force and we should not lose sight of that.

This includes the use of dogs or horses as part of the crowd control process.  The police are in law responsible for their actions. They are subject to internal discipline or even criminal charges for any excessive use of force.

I have been part of a crowd control response unit. There’s no question it can be very difficult work. But, a properly trained force should be able to accomplish their duties without using excessive force.

They are trained to use arrest teams to take someone as needed. But those arrests are subject to the laws in Canada governing the use of force in the execution of their duties. The independent civilian investigative review agency, the Special Investigations Unit (SIU) is investigating several incidents referred to them in the aftermath of the clearing of the streets in Ottawa and that is as it should be.

But, and this is the critical factor in the application of the Emergencies Act, is that it was all a needless overreaction by the government and the police.  Both various provincial statutes and the federal Criminal Code give police all the authority to keep the peace on the streets and to clear them as needed.

Finally, statements and actions by the police to seize money and bank accounts of anyone supporting the protestors is a blatant abuse of the law to punish those they don’t agree with.

This used to be a free country. We cannot allow the government and police to trample our rights and freedoms established over decades in this country. Despite the protestations to the contrary by Trudeau, some actions taken by the police and the government in the past week are gross violations of the Charter of Rights snd Freedoms, ironically legislation shepherded into existence by the Prime Minister’s own father.

As a Canadian, whether or not you supported the truckers, you should be offended by the actions of this Prime Minister and his sycophantic police chief. What they did is simply a bridge too far.

John A. MacDonald loses his head as protesters tear down statue 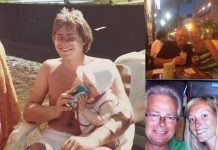