When Bill Owens got his pictures of the violence at the Altamont Speedway Free Festival published in Rolling Stone, he would not let his name appear on the photo credit. Owens had been threatened and he feared retribution from the same Hells Angels he’d photographed swinging pool cues in front of the concert stage on Dec. 6, 1969. (San Francisco Chronicle)

IHIT called in after man dies after serious assault 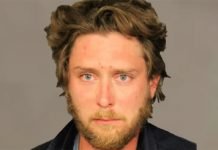