TORONTO – Police have made an arrest in connection with the stabbing of four people downtown during the Raptors championship parade last month. The stabbing happened near Yonge and Dundas streets at around 2 p.m. on June 17 as hundreds of thousands of people filled the downtown core to celebrate the champion Raptors. (CP24) 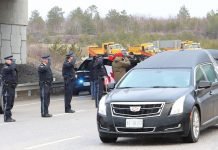 Along the five-hour escort home, public pays its last respects to... 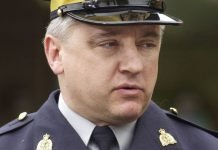