I played golf with a few of my former VPD colleagues last week, all retired now, but with Major Crime and/or Internal experience and one, retired as the Inspector running the VPD Traffic Section. As we sat down for a post game libation, I got a press release from the Criminal Justice Branch (CJB) saying charges of Dangerous Driving causing bodily harm had been approved against a Nanaimo Mountie, Cst. David Buchanan.

My immediate thought was that he’d been ordered to shut down a chase and hadn’t, risking lives of pedestrians as he careened down the sea wall in the Port of Nanaimo. But no, nothing of the sort apparently.

As I read the release further, it turns out the CJB believe that he was in a pursuit involving a scooter. A scooter? You know, something like a Vespa. A scooter, capable of burning up the pavement at something between 50-60 KMH.

Again, my mind conjured up a chase on a sidewalk with pedestrians diving out of the way.  But no, no such thing.

This occurred around eleven o’clock on a wet, rainy February night in 2016.

When I told my golfing companions that the charge involved the interaction with a scooter, the speculation began as to what the officer might have done to get over the bar to be charged criminally with Dangerous Driving Causing Bodily Harm. All suggestions involved innocent members of the public being put at risk by the actions of the officer.

I began to look into the circumstances and the surmises of those experienced investigators did not appear to be the case.

Quite the contrary, the incident occurred at 11 p.m. Cst. Buchanan was assigned to the Integrated Road Safety Unit (IRSU) at the time and was based out of Nanaimo. IRSU is a traffic enforcement unit that operates in different areas of the province. It is funded primarily by ICBC and is tasked with specific enforcement functions with the goal of reducing motor vehicle accidents.

Buchanan was down in the Shawnigan Lake area coming to the end of his shift. He stopped at the Tim Horton’s in north Duncan to get a coffee to accompany him on the hour-long drive back to Nanaimo.

As he was leaving the parking lot exit he noticed a scooter heading south on Hwy. 1 apparently without a license plate which is required for that class of vehicle.

Buchanan turned south and began to close the distance so that he could verify what he thought he saw. As he got closer to the scooter in his unmarked SUV, the male on the scooter turned off the highway and Buchanan followed, no lights, no siren.

The scooter rider ran through two rolling stops then made an illegal left turn across some train tracks at which point Buchanan made the decision to conduct a traffic stop. Once he activated his emergency equipment to stop the rider, the rider did what is known in surveillance terms as a “shit hook.”

He did a hard U-turn and re-traced his route. Buchanan had to execute a Y-turn in reverse to get turned around to head after the scooter. Now, remember this is late in the evening and there’s not another sinner on the streets in this quiet area.

Scooter Boy noticed the SUV getting closer and turned into a parking lot followed by Buchanan who saw an exit where Scooter Boy seemed headed. He blocked the exit and Scooter Boy glanced off the front right fender of the police car and continued on onto a grassy area. Unfortunately, the grass was wet and Scooter Boy fishtailed and crashed into a fire hydrant.  His ankle was fractured, caught between the hydrant and his scooter. This is where the Independent Investigations office (IIO) asserted jurisdiction. Although, I fail to see how a fractured ankle classifies as a “serious injury.”

There was a confrontation as Buchanan tried to take Scooter Boy into custody and strikes were delivered by the officer to get control and the suspect handcuffed. But, I note he wasn’t charged with assault as a result. The CJB determined that to be justified.

Did I mention that the scooter was not only unlicensed and uninsured but also stolen and Scooter Boy has a history with police. I know, big shock. Cst. Buchanan on the other hand is a police officer who has been decorated for valour.

Scooter Boy was identified as Bryce McKay. He has not been identified publicly until now, but Buchanan’s name has been in every media outlet on Vancouver Island, the Lower Mainland and throughout BC.

And for what? Because he did his job?

The entire incident lasted, start to finish, 52 seconds. There is dash cam video that shows what Buchanan actually did during the incident. Menaka Giri, the Crown handling the prosecution of McKay who was charged with possession of stolen property, flight from police and possession of a stolen vehicle, reviewed the dash cam video and said in an email that she doesn’t see that Buchanan did anything wrong and that he should be confident to testify against McKay.

Well, apparently the prosecutors at the CJB felt otherwise and have approved criminal charges against yet another cop in BC just trying to do his job.

It ought to be an interesting trial. If I were defence counsel for Buchanan, I’d call Giri as a witness for the defence then simply stand and look at the judge and make a motion for dismissal because there’s clearly a difference of opinion in the office of the Crown itself. Talk about reasonable doubt.

It seems the IIO is attempting yet another overreach in charging another cop just trying to do his job and somehow they managed to get again the compliance of the CJB. Shame. This isn’t law, this isn’t justice. This is offensive to every cop trying to do his or her job.

Michigan law enforcement on high alert in response to plan to... 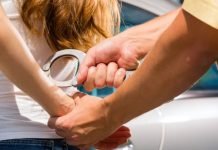 High, naked woman tasered after she tried to bite off man’s... 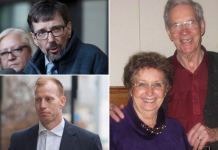 ‘No body, no parole’:How the killing of an elderly couple led... 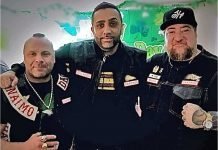 Two charged for murder of Hells Angel in Surrey drive-thru 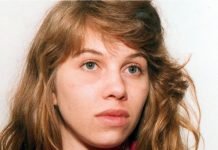